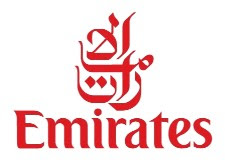 Gitano Hernando missed his intended engagement in the Coral-Eclipse Stakes last month due to a splint problem but trainer Marco Botti is hopeful that his top-class colt will be at peak fitness in time for a possible tilt at the £350,000 Group One Emirates Airline Champion Stakes at Newmarket on Champions Day, Saturday, 16th October.

Successful in October in the Grade One Goodwood Stakes at Santa Anita, USA, Gitano Hernando is one of 66 outstanding entries for what promises to be another fantastic renewal of the historic 10-furlong contest.

Owned by Team Valor International and Gary Barber, the Hernando colt progressed throughout last season but his four-year-old campaign has been compromised by injury. His last start came in the Group One Dubai World Cup sponsored by Emirates Airline at Meydan in March when, in a race that was not run to suit his style, he finished a close sixth.

Botti revealed: “Gitano Hernando had a splint but he is back in full work now and we are looking forward to the autumn. The horse is doing well so we have given him an entry in the Emirates Airline Champion Stakes and we will see how he comes along. He looks well and he is an athletic horse so he always keeps himself quite fit at home. I am pleased with him.

“At the moment, nothing is set, there is plenty of time to decide between now and the middle of October, so we will see how he progresses before committing him to any target.

“He will probably have a prep race and that is something I will discuss with the owners closer to the time. It is not easy to get a horse fully fit for a race like the Emirates Airline Champion Stakes after a long lay-off without a prep, but it all depends on how he is in the next few weeks.

“I will leave plans in Team Valor’s and Gary’s (Barber) hands and we will sit down and decide where he goes. It has not quite been decided yet if the Breeders’ Cup is his long term target, we will just see at the moment how he progresses and then we will consider his options but the Emirates Airline Champion Stakes is a race we will look at.”

The fantastic entry also includes the sport’s latest sensation, Harbinger, who won the Group One King George VI & Queen Elizabeth Stakes at Ascot on 24th July by a record 11 lengths.

Twice Over won the Group One Coral-Eclipse and Henry Cecil’s popular five-year-old could attempt to become the first back-to-back winner of the Emirates Airline Champion Stakes since Alborada (1998 & 1999), having won the race last year by half a length from the Marcus Tregoning-trained Mawatheeq.

Twice Over’s stablemate Midday won the Grade One Breeders’ Cup Filly & Mare Turf last season and, having run second to Sariska in the Group Two totesport.com Middelton Stakes at York in May, gained a second consecutive victory in the Group One Blue Square Nassau Stakes at Goodwood last week.

Another tremendous filly among the entries is this year’s Investec Oaks winner Snow Fairy, trained by Ed Dunlop, who emulated Sariska with a wide-margin triumph in the Group One Darley Irish Oaks on her next start after Epsom.

Since 1990, fillies have won the Emirates Airline Champion Stakes on six occasions and others of note are the O’Brien-trained Group One Coronation Stakes winner Lillie Langtry and the Jim Bolger-trained Lush Lashes, a triple Group One winner in 2008 who is back in training at the age of five after losing the foal she was carrying to Sea The Stars.

The all-conquering Richard Hannon has entered one of the best three-year-olds in training, Group One Prix Jean Prat victor Dick Turpin.

There is a real depth of quality to this year’s Emirates Airline Champion Stakes entry with the Andre Fabre-trained Byword, successful in the Group One Prince Of Wales’s Stakes at Royal Ascot, joined in the entries by 11 other hugely-talented French raiders including this season’s Group One 2000 Guineas hero Makfi from Mikel Delzangle’s stable.

Vision D’Etat already has four Group One wins on the board and the Eric Libaud-trained Prix du Jockey Club hero of two years ago, victorious in the 2009 Prince Of Wales’s Stakes and Cathay Pacific Hong Kong Vase, is looking to bounce back after being last seen finishing down the field in the Dubai World Cup sponsored by Emirates Airline.

Criquette Head-Maarek saddled the brilliant Hatoof to win the race in 1993 and the Chantilly-based trainer has entered Fuisse, the impressive winner of a Group Three contest at Maisons-Laffitte on 17th July, while Jean-Claude Rouget, triumphant with Literato in 2007, may run last season’s impressive Prix de Diane winner Stacelita, who was runner-up to Midday in the Blue Square Nassau Stakes on 31st July.

O’Brien, who has 11 of the 13 Irish-trained entries, could also saddle 2009 Group One Sussex Stakes hero Rip Van Winkle, runner-up to Canford Cliffs in this year’s renewal of that same race on 28th July, as well as last winter’s ante-post Investec Derby favourite St Nicholas Abbey.

Irish-trained horses have dominated the past four renewals of the £300,000 Group One Jumeirah Dewhurst Stakes and Co Kildare handler Kevin Prendergast could aim to take the majority of the spoils back across the Irish Sea once more with his unbeaten Dunboyne Express, who features among 81 entries for the seven-furlong contest.

The Shamardal colt scored on his debut in a Leopardstown maiden in June and followed up with a comprehensive eight-length victory over Samuel Morse in the Group Three Jebel Ali Stables & Racecourse Anglesey Stakes at the Curragh on 18th July.

He is now set to return to the Curragh and take on the current ante-post favourite for next year’s 2000 Guineas, the Richard Hannon-trained Strong Suit, in the Group One Phoenix Stakes on Sunday, 8th August.

Prendergast reported: “We have given Dunboyne Express an entry in the Jumeirah Dewhurst Stakes and the race is certainly an option for him. He is hopefully running in the Phoenix Stakes on Sunday and, while I would rather that we weren’t coming up against Strong Suit, we are going to have to take him on at some point.

“He came out of the Anglesey Stakes well and he couldn’t have won more impressively. He had Samuel Morse eight lengths behind him and the same colt was beaten four and three-quarter lengths by Strong Suit in the Coventry Stakes, so we have some cause for optimism, although I am sure that Richard’s colt could have won by further at Royal Ascot.

“He has a very good pedigree and he’s the first colt that I have trained for his owner/breeder John Connaughton, who had horses in training with my brother Paddy. There have been plenty of offers for the colt but he’s not selling at the moment.

“We have also entered a nice unraced colt Ansaab and Longhunter, who scoped badly after disappointing in the Railway Stakes but is fine now - hopefully he will be back for the Group Two Futurity Stakes at the Curragh on 21st August.”

A quartet of entries from Jim Bolger, who racked up a hat-trick of victories with Teofilo (2006), New Approach (2007) and Intense Focus (2008), includes impressive maiden winner Head Space and Glor Na Mara, while Jessica Harrington has entered Pathfork, who won the same Curragh maiden that launched the careers of both Teofilo and New Approach.

Richard Hannon has enjoyed phenomenal success with his juveniles this term and the experienced handler may bid for a first success in the Jumeirah Dewhurst Stakes with Strong Suit, who posted a nose verdict over the Michael Jarvis-trained Elzaam in the Group Two Coventry Stakes at Royal Ascot.

The Wiltshire trainer may also be represented by King Torus, whose two Group Two wins so far this term included an all-the-way success in the 32Red.com Superlative Stakes, and Group Two TNT July Stakes scorer Libranno, who also followed up success at the Champagne Lanson July Festival with a Group Two victory at Glorious Goodwood.

Other notable entries include impressive Newmarket novice stakes winner Peter Martins, from the stable of Jeremy Noseda, Listed Chesham Stakes scorer Zaidan, representing Clive Brittain, and Native Khan, who made an eye-catching debut for Ed Dunlop when taking a maiden at the Champagne Lanson July Festival.