SNOW AND COLD WEATHER HAVE FORCED THE ABANDONMENT OF THE NEWCASTLE CARD FOR TOMORROW
http://www.newbury-racecourse.co.uk/
http://www.newrog.co.uk/njhenderson.html
http://www.the-horse-racing-mail.com/trainers.html
http://en.wikipedia.org/wiki/Nicky_Henderson
But thanks to the endevoures of Nick Henderson the abandoned Newcastle Fighting Fifth Hurdle will be run at Newbury at 12.55 instead, becoming the second race on the Newbury Card. With the Hennessy Gold Cup Chase to be run at 3.05. The Channel4 racing team bring us the live action. Be sure to catch the C4 Morning Line program from 7.55am to 8.55am and join in the prep info for the Newbury afternoon action. First race 12.25. With Christmas shopping gifts- ideas to hand, and a wonderful book selection to choose from.
http://www.racingpost.com/news/horse-racing/fighting-fifth-moved-to-newbury/792810/top/

Paul Roy, the chairman of the British Horseracing Authority (BHA) and an outspoken critic of Betfair has emerged as a surprise investor in the betting exchange.

On the same day Mr Roy and the BHA put out a statement calling Betfair "disruptive" his private equity business NewSmith Capital was investing up to £50m in the company.

Through the BHA and the Horseracing Betting Levy Board, Mr Roy has been in open conflict with Betfair over its contribution to the levy.

Yesterday he claimed Betfair had disrupted British racing's finances and warned other countries about allowing it to operate in their jurisdictions.

• Betfair gets off to a flyer, though the race is only half run

• Betfair shares get strong start in boost to IPO market

• At last British Horseracing Board agrees lame Levy Board must go

However a spokesman for NewSmith said while Mr Roy would not have taken the decision to invest in Betfair he considered it to be a "brilliant business model".

http://www.racingpost.com/news/horse-racing/george-mcgrath-re-elected-nass-president/780951/
SPECIAL INVESTIGATION THE RACING POST PUBLISH THEIR FINDINGS  (Thursday 25.11.2010) REPORT BY DAVID ASHFORTH. “RACING ON THE BREADLINE”
Racing Post “In the last in our series on the sports cash crisis David Ashforth talks to George McGrath, president of the National Association of Stable Staff."


GEORGE  McGRATH  DECLARES:  “I CAN'T GO INTO SCHOOLS AND ADVOCATE A CAREER IN RACING BECAUSE THEY'LL ASK, WHAT ARE YOU PAID? I'VE LOST THEM STRAIGHT AWAY."

WHEN DO YOU INTEND TO GET TO GRIPS WITH THE PAY STRUCTURES WITHIN BRITISH HORSERACING ONE OF YOUR BIGGEST MULTI BILLION POUND INDUSTRIES?

WHEN DO YOU INTEND TO MAKE SURE THAT GEORGE McGRATH CAN GO INTO ANY AND ALL SCHOOLS FOR REAL?

WHEN DO YOU INTEND TO SORT OUT ALL PAY STRUCTURES  STARTING WITH  THE BLOODHORSE LITERATE TOP SENIOR PROFESSIONAL HANDLER RIDERS DUES PAYABLE FOR THE SKILLS THEY HAVE ACHIEVED AND CAN AND DO SO SKILLFULLY PROVIDE?

WHEN DO YOU INTEND TO ENSURE THAT A BLOODHORSE LITERATE PATH OF LEARNING STEPS IS AVAILABLE FOR ALL YOUNG ONES INTERESTED TO MAKE A CAREER IN HORSERACING TO FOLLOW?


THE NASS NEWSLETTER NUMBER 16 NOVEMBER 2010
http://www.naoss.co.uk/about.php
THE NATIONAL ASSOCIATION STABLE STAFF (nass) THE NEW NAME REPLACING WHAT WAS PREVIOUSLY KNOWN AS ‘THE STABLE LADS ASSOCIATION. (SLA)’ But is this the right name? Does it portray the true picture of the key part played by all professional handler/riders? NO it does not.
The complimentary photograph on this newsletter shows George McGrath a true professional handler/rider achiever sitting alongside Jim Cornelius, Chief Executive of NASS, (Trade Union Status) whilst they work things through together. Perhaps this one photograph shows above all else, the way forward and how to go about achieve the true balance within the regulation of British horseracing, and how to keep things safe and progressive within British horseracing.

Where is a true Bloodhorse Literate professional achiever as George sitting working things out upsides Bloodhorse Illiterate Paul Roy ? No where to be seen, but why?

Where is a true Bloodhorse Literate professional achiever as George sitting working things out upsides Bloodhorse Illiterate Nic Coward ? No where to be seen, but why?

Where is a true Bloodhorse Literate professional achiever as George sitting working things out upsides Bloodhorse Illiterate Racing for Change Chairman Chris McFadden ? No where to be seen, but why?

Where is a true Bloodhorse Literate professional achiever as George sitting working things out upsides Bloodhorse Illiterate Racing for Change Project Manager Rod Street ? No where to be seen, but why?

PEOPLE SKILLS IN THEORY AND IN PRACTICE
The British Government, the British Horseracing Authority, and the World Banks all totally out of touch with the lives of all those who go out each and every day and carry out an honest days work, often for a mean wage.

ALL THESE AUHORITIES SHOULD HANG THEIR HEADS IN SHAME

WHAT IS GOING TO HAPPEN TO ALL THE YOUNG ONES IN YEARS TO COME? 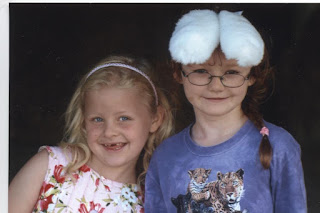 Email ThisBlogThis!Share to TwitterShare to FacebookShare to Pinterest
Labels: All these authorities should hang their heads in shame.