CH4 THE MORNING LINE 8am to 9am SATURDAY AUGUST 4th. . 5th AND FINAL DAY OF GLORIOUS GOODWOOD 2012

CH4 BRING US A WINDOW INTO THE WORLD OF HORSERACING

CH4 AM MORNING LINE -.CH4 PM ALL THE ACTION LIVE FROM
GLORIOUS GOODWOOD

ALL RACECARDS ON ONE PAGE
http://www.racingpost.com/horses2/cards/meeting_of_cards.sd?r_date=2012-08-04&type=TV


THE CLUES ARE HERE BUT CAN YOU SPOT THEM?

All the weekend cards - All in time order -


Ready to rumble. Seven key facts about the 3.55  Stewards Cup over 6f


Who will thunder home in the charge for the Stewards' Cup today? We've got everything you need to solve the puzzle.


JAMES
Stewards' Cup. Is this a vintage Dandy special?


ToteScoop6 races for today Saturday, 4th August. They are: -

PAUSE FOR THOUGHT
CH4 HORSERACING TEAM  have brought us the live action direct from
Glorious Goodwood all week, and more ....

C4 John (greatest jockey) Francome
Part One and Part Two taking a closer look into  the life and the times of  the veterinary. Related to the  discovery in , following the death of wonder racehorse PHAR LAP in 1932 that he was  found to have a huge heart.
John takes us into a veterinary lab with three different sized horses hearts set out on slabs to show us. Veterinary discoveries throughout the ages.
PHAR LAP
(1926–1932)
http://en.wikipedia.org/wiki/Phar_Lap
"The name Phar Lap derives from the common Zhuang and Thai word for lightning: ฟ้าแลบ [fáː lɛ̂p], lit. 'sky flash'.[9]"

Following his death, Phar Lap's heart was donated to the of in Canberra and his skeleton to the New Zealand's National Museum in Wellington. After preparations of the hide by a New York City taxidermist, his stuffed body was placed in the Australia Gallery at Melbourne Museum. The hide and the skeleton were put on exhibition together when 's Te Papa Museum lent the skeleton to the in September 2010 as part of celebrations for the 150th running of the 2010 Melbourne Cup.


C4 Simon Holt meets up with Ed Dunlop at home in
http://www.edunlop.com/
http://twitter.com/eddunlopracing

"Ed was bred to be a trainer. He was only nine years old when his father, the celebrated Arundel trainer John Dunlop, clocked up his first success with (1978). John repeated the feat with Erhaab in 1994 and has won all the domestic classics with the exception of the 2000 , while Ed’s younger brother Harry is also a successful trainer in Lambourn. However, Ed was forced somewhat prematurely to take the helm, following the tragic death in October 1994 of trainer Alex Scott, to whom he had been assistant at Oak Stables. He took over the licence on a temporary basis and his first niche in the record books was carved courtesy of Lynton Lad at on October 19, 1994 the day before Ed celebrated his 26th birthday. Sheikh Maktoum Al-Maktoum, who owned the yard, made it clear that he wanted Ed to carry on, and in only his second season training he hit the jackpot when his landlord’s Ta Rib won the Poule d’Essai des Pouliches (French 1000 Guineas) at Longchamp."
Ed the son of John Dunlop Arundel
John Dunlop. Date of birth: 10 July, 1939. Started training: 1966.
http://en.wikipedia.org/wiki/John_L._Dunlop
http://www.jldunlop.co.uk/

Harry the brother of Ed  Dunlop Lambourn
http://www.harrydunlopracing.com/about-the-stable/history
The life and times of Ed and Harry growing up with a father who is a highly respected British racehorse trainer.


to the Morning Line. Nick did a Deal or no Deal Banker trick to


lure Tina into tackling The Guest Test, when she believed she


had been let off from doing it!


The daughter of Josh Gifford and sister to Nick Gifford


RP HOWARD WRIGHT'S RETIREMENT
Mac, brings this weeks news into focus, that  Racing Post Senior Journalist Howard Wright is retiring. Author of BULL the biography. BULL  asks Howard Wright "I ask you to portray me as a person, whole and round, interested in life, the whole panorama of life (with views and observations that are worth hearing), who has made racing his profession, and  brought to bear on it an intelligence that has made some impact on the racing scene - not merely as a successful punter graduating from ragged pants to morning dress regalia at Epsom! I have contempt for that!'

THE PEAK OF THE PERSEID METEOR SHOWER THIS YEAR
Occurs around the 12th August. The shower, associated with the comet Swift-Tuttle is predictable, enough; it has taken place for 2000 years at this time of year, and is traditionally known as the "tears of Saint Lawrence" (Whose feast is on 10th August) 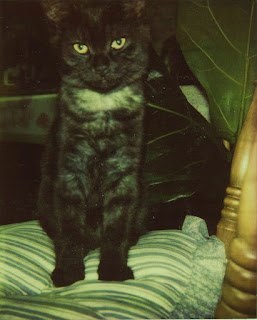