Get that engine running

"Who's got what it takes?

SOME OF THIS WEEKS RACING POST NEWS JOIN UP
http://turfcall2-racingpost.blogspot.co.uk/2012/12/friday-december-14th-racing-post-2012.html


Lee Mottershead  says the champion trainer could be upstaged by his former assistant.

"Is there one final twist to Nicholls' emotional week?


"IN THE defence of his championship crown, Paul Nicholls has only Nicky Henderson getting in the way. The vast firepower that resides within Seven Barrows would be enough to worry any rival trainer, but Nicholls must today overcome not only but also his own former protégé and the horse that record books would have us believe was dispatched from Ditcheat to land last season's Champion Hurdle.
"Nicholls would be the first to admit that, although his name sits alongside Rock On Ruby's festival triumph , it was to Harry Fry, unofficially training Rock On Ruby from a different country let alone a different yard, that the credit should have gone.
"But now, nine months down the line, it is Fry's name that Rock On Ruby will seek to capture prize-money that might otherwise help Nicholls' title fight with a Lambourn opponent who will be hoping to claim the stanjames,com International Hurdle cash for himself.
"ROCK ON RUBY, the Nicholls-trained ZARKANDAR and Henderson's 2011 winner GRANDOUET stand head and shoulders above their four opponents in a Champion Hurdle trial that may be both thrilling and informative.


EQUUS ZONE
Guest Star NOEL FEHILY (Bloodhorse Literate achiever in his own right)  (both in the saddle and out of the saddle, both in theory and in practice) What sort of a ride will ROCK ON RUBY give NOEL this afternoon at 3.05? What do you think?

NOEL a senior horseman of the highest calibre, with many many more years to offor horseracing worldwide. One of the true gold bullion equus bars, usually thrown away so carelessly and haphazardly by the BHA government into their filthy gutter.

Mac has his C4 hat on this morning bringing us his very own special kind of sparkle.
No one can replace you Mac in the New Year reshuffle of the C4 Horseracing Team. That advert film now shown quite a lot on TV that you have done dressed up in that blue suit is excellent, spot on. Many many people will miss you Mac.

C4 AFTERNOON TEAM (PM)
Who will be the guest superstars this afternoon?
John (Greatest Jockey) (Bloodhorse Literate) Francome.
Alastair (Champion New King of the Journalist's ) Down
Live from Cheltenham yesterday afternoon,  Alastair in one of his charming
out and about adventures took us for a peak into the life and times of photographer and cartoonist Bernard Parkin. Bernard told us about his life as a photograper and how much he had enjoyed it. 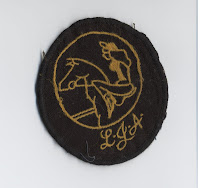 When the Jockey Club crept out of their male fortress and took to licensing female trainers and female riders,  it could be said that this initiative has crept along at a snails pace ever since, way back then, and over the last 5 decades until Hayley Turner, the head turner. 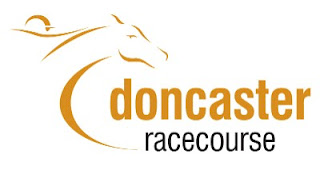 
Show all racecards for this meeting


DATES FOR YOUR DIARY

- Get set for Kempton's Christmas extravaganza, featuring the 2012 King George Chase.
Can Long Run win again? Study our cards and form to decide
then bet direct
Runners and riders in King George
http://king-george.racingpost.com/

Frankel settling in at stud farm


Frankel, regarded by many as the greatest race horse

of all time, is said to be adapting well to life after