SATURDAY OCTOBER 25, 2014. CH4 THE MORNING LINE PREVIEW 7.55am to 9.00am OF THIS AFTERNOON'S LIVE HORSERACING ACTION FROM NEWBURY. AINTREE AND DONCASTER. START 1.30. FIRST RACE 1.50. PRESENTED BY NICK LUCK

GEORGE ACE OUT TO PUT UXIZANDRE IN HIS PLACE
AINTREE 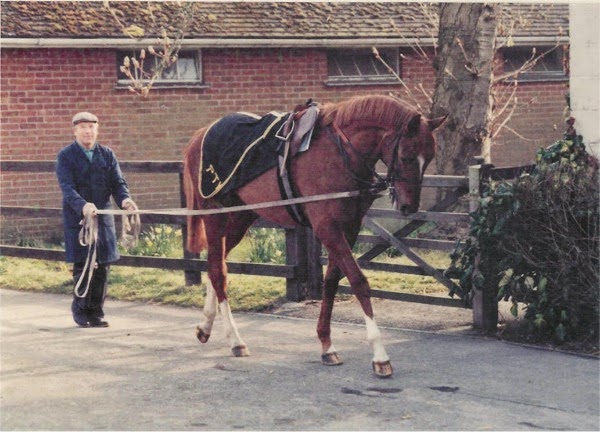 Bringing the babies along. (yearlings)

Be sure to read, Richard Hughes Saturday Racing Post Feature in your Racing Post today
pages 12-13.
Congratulations and Champaign Moments to Richard Hannon Jnr,  Richard Hughes, and Richard Hannon Snr and Team (Richard) Hannon at home, all, to include the horses, who have achieved such sporting, truly great results consistently throughout this Flat turf season.2014


"Third title is for Dad"


“Tremendous achievement for Hannon and Hughes.”
“WE ARE going to end the season with the champion jockey and trainer both representing the same stable. For me, that makes things extra special. “


“To be champion in your first year with a license is some achievement. He deserves immense credit but I know that both he and I are indebted to the amazing , talented and dedicated people who work at Herridge and Everleigh. Our titles are very bit as much their titles as well.. “

Turfcall's  Flat Turf Team Hannon to follow 2014: So hope that you have all enjoyed the Hannon journey throughout this season as well, the thrills, the spills, the disappointments and the heart break but through it all the true friendship of some wonderful horses, and some fantastic true horsemen.


SPORTING BET COX PLATE
Side Glance partner Jamie Spencer
Check out what  PRICEWISE Tom Segal has worked out for this race in your Racing Post yesterday. pages 6-7. A great photograph of Team (Andrew) Balding’s Side Glance partnered with Leanne Masterson in the saddle, completing prep. A mighty beautiful horse. Leanne a great little rider. Jamie Spencer in the saddle for this race today.
SIDE GLANCE INFO:  4th.
Jamie Spencer in the saddle
http://www.racingpost.com/horses/horse_home.sd?race_id=612908&r_date=2014-10-25&horse_id=728631#topHorseTabs=horse_race_record&bottomHorseTabs=horse_form


“Leanne Masterson, travelling head girl to Andrew Balding, on the globetrotting horse who has fast become her best friend. “


“ I’ve spent more time with Side Glance than I have any human in the last two years, so he’s become my best friend. I went out to New Jersey when he ran in the United Nations Stakes at Monmouth in July and I didn’t know a soul out there, so it was just him and me – horses become a huge part of your lives like that.
“Racing gets enough bad press, but these horses are looked after A1, they’re loved to pieces and no horses would be looked after better than racehorses would be.
“Side Glance was actually bred in Kingsclere, Andrew Balding’s mother bred him, so I’ve seen him from a foal and ridden him from a yearling. He was just this tiny little black ball of fluff and no-one knew he would grow into what he has.

“He loves me until I put a brush on him, and then he turns into the devil incarnate and tries to kill me. But he’s brilliant, he’s a lovely character, although you have to keep him entertained or he’s like a goat and will just buck off his rugs.
“He has a ball in his stable which he’ll attack and then five minutes later he’ll be asleep with his head on it. “An exciting

An exciting two-year-old race this.
Baby superstars of the future come out to play, watch closely how this race pans out to be,
will be very interesting to watch.

MEETING INFO COURSE MAP STATISTICS FAVOURITES SIGNPOSTS STANDARD TIMES PRINT-OUTS
GOING: SOFT (GoingStick 5.7) (Rail will be moved out overnight to give a fresh line from the 8f to 5f on the Round course). (Light rain)
STALLS: Centre
Show all racecards for this meeting on one page

A VITAL EQUUS BALANCING ACT IN PRACTICE
Key for racegoers' and punters' particularly to pick up on'.

“The outstanding Frankel was crowned Cartier Horse of the Year in both 2011 and 2012. His full-brother Noble Mission (138 points) is making a bold bid to follow in his sibling's footsteps, having secured his third Group One success of 2014 in the £1.3 million QIPCO Champion Stakes at Ascot. Like Frankel, Noble Mission is owned by Khalid Abdullah. He is trained by Lady Jane Cecil, widow of Frankel's trainer Sir Henry Cecil, and ridden by James Doyle. “