Week Monday March 9, to Sunday March 15
CH4 HORSERACING TEAM LIVE
Sponsored by Dubai
http://racing.channel4.com/
High Definition
﻿
JMC: Taking a Closer look at the fabulous racehorses competing this year at the Cheltenham Festival and the horsemen who care for them every day behind the scenes. The popular Gambling Game that horseracing provides has literally claimed this sport for gamblers it seems.
There is something else more special than just the gambling side, of this sport, the relationship between the horse and rider at this level something that the gamblers ignore at there peril.

RACING POST
PREVIEW AND REVIEW THIS WEEK AHEAD
The clues are here, but can you spot them?
http://www.racingpost.com/news/live.sd

"Like many others in the sport Richard Johnson followed in his father's footsteps as he embarked on a career in the saddle.  His father was an amateur jockey and Johnson's dream was always to become a professional ever since he sat on a horse for the first time aged 11.
"The journey started there and whilst still at school, a young Johnson aged 14 years old would go and work on his school holidays at the legendary David Nicholson's yard, where he would have a long standing affiliation with the man dubbed 'The Duke'
http://www.horse-racing.co.uk/richard-johnson.php
http://en.wikipedia.org/wiki/Richard_Johnson_(jockey)
http://www.racingpost.com/horses/jockey_home.sd?jockey_id=12290#topJockTabs=jockey_race_record&bottomJockTabs=jockey_form

"Jockeys' fault if start procedures fail - Francome"?
JMC: Playing around with starting procedures? It takes two to compete in a race. 'More likely 'Horses' fault if tricky at start. Every care and understanding needs to be taken to help the horses and their riders, not abuse them. A tricky zone, make no mistake about that. The aim needs to be to take the pressure off the horsemen, not add more on. 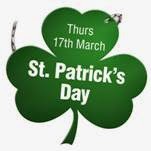 WIN: Cole Harden ... Gavin Sheehan, for Team ((Warren) Greatrex  who said, " I have always believed in this horse." Owned by Mrs Jill Eynon and Robin Eynon 14-1.
Yet again, we see Gavin Sheehan and Cole Harden take it up confidently,  positively  from the start where he stayed throughout to win. Connections thrilled to bits. First win for Team (Warren) Greatrex from Uplands, Lambourn at this Festival. As well as a first win for jockey Gavin Sheehan at this Festival, who said "you can only feel what the horse is giving. "

JMC: There was a starting issue as the runners and riders attempted to line up for the  4.00pm race. Unsure if the starter this day was ... is the retired Robbie Supple he should know better than this. Obviously he is under the orders of government army basher Sergeant Majors. Not allowed to use his own common sense. We don't want British horseracing to be run by army killers. Far to many horses were subjected to horrific deaths in World War 1, to allow such as this to be going on now. The government Lynn Williams need kicking out, along with all the rest like him for once and for all time. The damage Williams has done to British horseracing deserves a prison sentence. Obviously there is a very large percentage of the male species that believe they are above the law.  Evidence, proof of which is surfacing every day, as politicians, lawyers, bankers, racecourses and horseracing government believe they have the right to duck out of all blame.
http://en.wikipedia.org/wiki/Sergeant_major


"Supple quits the saddle in shock move; Two noted jump jockeys decide to call it a day at Carlisle."


"ROBBIE SUPPLE surprised a big Easter Saturday crowd at Carlisle when he announced his retirement from the saddle.

"The 33-year-old, who is best known for his association with Nick The Brief, revealed the news after partnering the Peter Beaumont-trained Derryrose in the concluding Currock Novices' Handicap Hurdle."

Clive Brittain Equus Racing Right Zone Timeline
AN ARTIST IN ACTION WITH RACEHORSES
IN PRACTICE AND IN THEORY.
CH4 HORSERACING TEAM
A VITAL RACING RIGHT EQUUS BALANCING ACT IN PRACTICE
Something that British political, legal, racecourse and horseracing government don't bother about.
Key for racegoers' and punters' particularly to pick up on The True Racing Right Equus Zone Rules? Where are they? The licensed trainers and jockey's don't know. So how are they to be expected to compete in a race?
Everyone has an absolute right to know and understand what these true rules are, especially punters.
Just the same as absolutely key for a Racing Right Equus Medication Zone. Where is it? These governments don't even bother to have a true Medication Zone. Instead they use harsh punishments to warn trainers off for years, taking their licences and livelyhood off them libelling and perjuring them names as crooks. British government only interested in the money they can take out of horseracing. No matter if earned by other people.