On all three days

A work in progress guide.

Start your adventure journey into horseracing today:
The bloodhorse literate clues are here,

but can you spot them?

Presented by Alice (in wonderland) Plunket


https://en.wikipedia.org/wiki/Judy_Murray
Judith "Judy" Murray (née Erskine; born 8 September 1959) is a Scottish tennis coach and current captain of the British Fed Cup team. She is also the mother of ...


Andrew Tullock (Clerk of the Course)

JMC: Ricci's owners of Annie Power, Team (Willie) Mullins after winning yesterday's 3.25 Aintree Hurdle. sums up the feeling:  "You couldn't make it up" .

JMC: A MUCH CLOSER AFFAIR  IS THE TRAINERS NATIONAL HUNT JUMP CHAMPIONSHIP BETWEEN WILLIE MULLINS (IRE) AND PAUL NICHOLLS (GB) AS THEY FIGHT IT OUT, WITH MULLINS JUST DRAWING AHEAD TODAY.

JMC: Jonjo 0’Neal talking to Nick Luck after winning the 4.05 The Topham Chase Handicap with Eastlake partner Barry Geraghty, JMC: O'Neal says to Nick  “ He knows I’m the best trainer !“ (Geraghty) 22/1: 30 ran. A fantastic race to watch, but on the safety front very tricky indeed.
Especially due to the fact there are no Bloodhorse Literate Rules to guide this sport properly, leaving it 100 per cent more dangerous.  It is the safety factor that is of concern in races like this. No owner wants to see their horse fall in a race. Or worse loose his life competing.  To many fell in this race, raising the safety factor loud and clear, this race should have been run in 2 Divisions, All these massive fences need to undergo a massive update in their structure design, they can look the same, but all ridged structures that can kill need removing, taking right out completely.

MEETING INFO COURSE MAP STATISTICS FAVOURITES SIGNPOSTS STANDARD TIMES PRINT-OUTS
GOING: Hurdle & National course - SOFT; Mildmay course - GOOD TO SOFT (Soft in places) (GoingStick: Hdl 5.3, Mmy 5.3, Ntl 4.8) (Bends and hurdles on outside, will be moved in after racing each day). (Showers)
Show all racecards for this meeting on one page

MANY CLOUDS partner LEIGHTON ASPELL WINS THE 2015 GRAND NATIONAL TEAM (OLIVER) SHERWOOD CAN HE WIN IT ON SATURDAY AGAIN? WHAT DO YOU THINK?

THE HISTORY OF THE AINTREE GRAND NATIONAL SHOWS THAT RED RUM TEAM GINGER McCAIN WON THIS RACE MORE THAN ONCE :

CB: GLOBAL BLOODHORSE LITERATE ACHIEVER IN REALITY, IN PRACTICE AND
IN THEORY IN HIS OWN, HIS VERY OWN (COPYRIGHT) 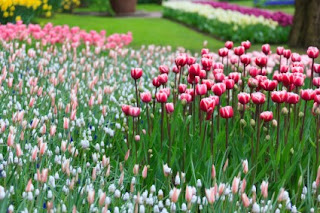 JMC: Tory government who act dishonestly with racecourses and bookmakers to rip- off trainer's and their teams every single day, left ongoing over the last seven decades, all found to be in breach of "Bloodhorse Literate Copyright."

Bloodhorse Literate Handler - Riders when working on racecourses every day, . These true horsewomen and true horsemen need to be properly paid by racecourses, government and bookmakers when working to present the racehorses to the public on race days, working and travelling these racehorses to these racecourses, a fee of £200.00 pounds an hour is long overdue due to the fact that without them there would not be any horseracing, the work carried out every day with these horses is not being honestly recognised, or honestly paid for, all taken for granted by Tory male government and racecourses on a scale considered to be blatant colluded government and racecourse theft,  fraudulently corruptly manipulated on a massive scale which has been left to go on over the last seven decades a dishonest practice that is not acceptable.

Just same as absolutely key for a Racing Right Equus Medication Zone. Where is it? These governments don't even bother to have a true Medication Zone. Instead they use harsh punishments to warn trainers off for life, taking their licences and livelihood off them libelling, slandering and perjuring there names as crooks. British government only interested in the money they can take out of horseracing. No matter if earned by other people, who government leave to live in cruel poverty.

Sort out each and every global handler rider jockey’s Copyright Rating.

DEFINE BLOODHORSE LITERACY IN ACTION.DEFINE ALL COPYRIGHT
TO STOP 7 DECADES OF GOVERNMENT FINANCIAL THEFT AND CORRUPTION

Top Equine Newmarket Vets Equus Racing Right Medication Zone needs to be up and running with the latest medication that can be used to treat all athletes who get injured whilst training and competing both the four legged and the two legged variety this central guidance hub must be up and running if all sport is to be properly understood. Lord Seb Coe at present struggling to act, to put and keep all banned drugs in focus for all global sport, this is an area needing to start and be kept in true context to allow such as this, to be properly managed and understood  every day from day one throughout realised and in use for what it is. Not libelled and slandered by bloodhorse illiterate government trickery, if there is ever allowed to be true ongoing clarity to uphold the rights and needs of all sport, within the Rules of all sport. The global rules of horseracing do not even exist at present. Therefore no country has the right to criminalise or punish any player to include the horses. Seb Coe needs to meet up with Venetia Williams (GB), Julie Cecil John Gosden (GB) Hayley Turner (GB) Sir Mark Prescott (GB) Zara Phillips Nigel Twiston  Davies (GB),Brook Sanders (GB) Willie Mullins (IRE) Christiane "Criquette" Head (FR) Andre Fabre (FR)  Aidan O'Brien (IRE) Elain Mellor (GB) Nicky Henderson (GB) Clare Balding (GB) Monty Roberts (USA) Gary Witheford (GB) Michelle Payne (AUS).