JMC: A Warm Welcome To All:
JMC: These flags here are to celebrate mercy through our global path to peace. Peace that can provide Global Daily Decent Human Rights that include the "Female of the Species, and  all life on this earth. RSPCA prosecutions, through male lawyers, possibly corrupt male lawyers, the scale of cruelty being allowed to go on, over the last 7 decades is not acceptable to any and all life.

The turf | The Spectator


6 Aug 2011 - Trainers agree that no one looks after 300-year-old turf better than. Goodwood's Clerk of the Course Seamus Buckley. ... The first race meeting Sheikh Fahad attended was at Newmarket in May 2010 when he watched the ...


JMC:  Balance, timing,  hands this young man, or is this a young
woman? Has earned his, her own "true bloodhorse literate copyright
rating. But instead is trapped in a male Tory government bloodhorse illiterate
corrupt minimum / living wage scam.


http://www.racingpost.com/horses2/cards/home.sd
JMC:  Goodwood going on Wednesday ... Jimmy Fortune told us the going is riding “Good To Firm” as he comes in after winning the first race aboard Star Rider Team (Hughie) Morrison at 11-1

The Goodwood Turf is priceless due to the fact it is 300 years old.

RO: " Oakley  predecessor as BBC Political Editor was John Cole, and he was succeeded in 2000 by Andrew Marr. After leaving the BBC, Oakley became CNN's European Political Editor. He has since 1994 written the Turf column in The Spectator and was for several years the racing correspondent of the Financial Times.

His 2000 book "Valley of The Racehorse" is a story of the racing community in the Lambourn valley. His 2001 book Inside Track is based on his experiences as a political journalist.

He was awarded an OBE in 2001 for his services to political journalism.[1]

JMC: ALL LIFE’S JOURNEY WHILST IN THIS WORLD IS CHANGED THROUGH EXPERIENCE:

Both started training in Newmarket in the early 1970's.


JMC: You will find Sir Mark mentioned in Clive’s book The Smiling Pioneer. Watch this space for
more true exciting bloodhorse literate stories. Check out Sir Mark's challengers at Glorious
Goodwood this week. Day 3 of 5 today. Check out and follow Sir Mark's Challengers, and see how they get on.

Rain and mist close in over Goodwood.


Frankie and Johnny join up with Mill Springs, and California with Robert Havlin, Team(Johnny) Gosden  both hunted along together throughout the race. 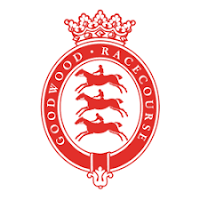 
Zarathustra (1951–1967) was an Irish-bred Thoroughbred racehorse and sire. He won races over distances ranging from five furlongs to two and a half miles, ...


Your adventure into the world of Global Horseracing
a warm welcome to Nicholas Godfrey.