DECENT BRITISH HUMAN RIGHTS WHERE ARE THEY?

DECENT GLOBAL HUMAN RIGHTS WHERE ARE THEY?

BLOODHORSE LITERATE COPYRIGHT RATINGS: WHERE ARE THEY?

FIVE WEEKS TO THE FESTIVAL AND AND IT’S A QUESTION OF DEER LIFE.”


NH: PT: “IT ALL began so well. It was a sunny late morning on the Lambourn Downs when Corky Brown, Nicky Henderson’s loyal head man, glanced out of the rear window of the 4x4 and said quietly: “Now that’s a lovely view for you.”
“The rest of us followed his gaze, our eyes lighting on a herd of fallow deer grazing peacefully some 100 yards from the main gallop, like a scene from the 2017 Countryfile calendar, and we marveled at the Arcadian bliss of it all. That was our first mistake.

“In a fateful instant, the deer – 40 or so of them, perhaps startled by some sound audible only to the cervine ear. Henderson alert to the dangerous possibilities of such , a situation said “you do everything in your power to avoid such incidents.

JMC: A racehorse in training needs a top rider in the saddle every day. But bloodhorse illiterate government demand that all licensed trainers are to employ superstore shelf stackers to come in part time to ride the racehorses out every day, to be paid the minimum wage.  (Government's Burnham Study Group Report April 2000. A Bloodhorse Illiterate Study Group a receipt for death and disaster both on and off the racetrack)


27 Aug 2016 - As expected, Racing UK's Oli Bell is understood to have been told he has a job, while it is believed Sally Ann Grassick, a regular face on RTE .


Hayley Turner OBE (born 3 January 1983) is a retired English professional jockey. With 764 career wins. Turner is widely considered to be the first woman to ...

I'm on @AtTheRaces this evening with the Weaver at Chelmsford. I'm cold just thinking about it. ⛄️⛄️
3 days ago ·

Your adventure into the world of Global Horseracing
a warm welcome to Nicholas Godfrey Racing Post.
Show all racecards for this meeting on one page

. @richarddunwoody talks to @talkSPORT about getting ready to trek Japan for Sarcoma UK. Listen from 15:09hrs

Where exactly do holidays and day- off's from work,  fit in to Global  History?

Some Racing Post and other News this week:
http://turfcall2-racingpost.blogspot.co.uk/2017/02/monday-february-6-racing-post-2017.html

BLOODHORSE LITERATE COPYRIGHT RATINGS: WHERE ARE THEY?
GUEST: SUPERSTAR TODAY RICHARD DUNWOODY.
The retired jump jockey who says “As seen through the eyes of Richard Dunwoody Copyright (GB) ”

Thomas Richard Dunwoody MBE is a retired British jockey in National Hunt racing. He was a three-time Champion Jockey, riding 1699 British winners in his ...


Born in Belfast, Northern Ireland, Richard Dunwoody became the only jockey of ... The Brooke Hospital for Animals and a successful exhibition of the resulting ...


6 Jan 2014 - To celebrate the occasion, Richard Dunwoody has married two passions ... Proceeds from the sale of the exhibition brochures, postcards and ... 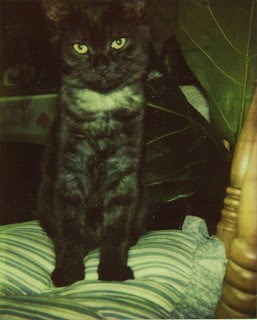 
10 Dec 2016 - JOCKEY Ryan Hatch, who had been due to partner The New One in the ... suffering serious injuries in a heavy fall at Cheltenham on Friday.

Sally Ann Grassick comes from a strong Irish racing background. After making the move to France in 2007, she now lives in Chantilly. She currently works as a ...

SALLY – ANN GRASSICK talks to NICKY HENDERSON out on the track at Newbury, minding the going for his horses, saying he feels nervous about the

going conditions, pointing out the "Hurdle Track" is safer than the "Chase Track".

Full text of "John Porter of Kingsclere : an autobiography"


Tom's 2 JOHN PORTER OF KINGSCLERE father was a "gentleman ** farmer at Fairwell Hall, midway between Rugeley and Lichfield, and during our holidays I ...

Written in Collaboration with Edward Moorhouse

“The History and Romance of the Derby."

2 Aug 2007 - Uploaded by Cecilia Corujo
The Trailer Of This Great and Beatiful Movie of David Lean Julie Christie as Lara Omar Sharif as Yuri Zhivago ...

Archbishop of Canterbury accuses Theresa May of sentencing
child refugees to death:
Most Rev Justin Welby steps up his attack on the Government for closing programme that resettles youngsters from mainland Europe to the UK

JMC: As babies we enter this world inheriting
the times we are born in. A world
developed and gifted to us by others.
We owe everything before we own anything.

JMC: Religious Literacy is all about decent human rights, yours, and mine.
The mother who bore you, the author of your own life.
Is your mindset in tune with the Holy Spirit today and every day?

JMC:  There are times when we have to work at
understanding our own intentions and behavior
because we are a puzzle even to ourselves.
Families may find there is not much common ground
between any of them. Their career skills
can divide them. Their roots keep them attached.

Our Pope Francis and our Queen Elizabeth’s Archbishop of Canterbury

attempt to bring mercy, peace and healing to this  present

muddled, troubled confused world. Looks like they need every one of us to help them.

"They had no idea what to do:"

"A new awareness of Jesus:"

"A new alertness" "a flicker of light".
https://www.youtube.com/watch?v=PXu-Kx23MG4

11 If you, then, evil as you are, know how to give your children what is good, how ... 20 I repeat, you will be able to tell them by their fruits. ... The New Jerusalem Bible (NJB) has become the most widely used Roman Catholic Bible outside of  .......

"By their fruits you will know them."…