Apprentice learning to ride.
Note no contact on the bridle.

DA:  JMC: "A glimpse into an unknown world ... built on Trust

ITV Horseracing Team who will be guiding you through Royal Ascot next week.
http://www.itv.com/news/2016-10-16/itv-announce-full-racing-line-up-ahead-of-2017-coverage/

Macmillan Charity Raceday at York Racecourse - Fundraising events ...
www.macmillan.org.uk › Get involved › Events
Make sure not to miss out on taking part in the Macmillan York Race day raffle where in the past top prizes have included a brand new television, a state of the ...
16 Jun - 17 Jun

The Papers - BBC News
www.bbc.co.uk/news/blogs/the_papers
The paper gives the other half of its front page to Jeremy Corbyn, who predicts a "very special" Labour victory on Thursday. The Metro front page Image caption ...


Watch live coverage of horse racing on ITV and ITV4 - see exclusive interviews and features and get the latest news.

Our Frankie Dettori Suffers a Nasty Fall at Yarmouth.

Frankie Dettori a Royal Ascot doubt after parade ring fall at Yarmouth
www.skysports.com/racing/.../frankie-dettori-was-stood-down-for-the-day-at-yarmout...
4 days ago - Frankie Dettori was reported in "good spirits" after he was stood down following a fall prior to the opening race at Yarmouth.

Dettori's agent Ray Cochrane said: "I've spoken to Frankie and he's in good spirits. Nothing's broken. His shoulder is a bit sore, but otherwise he's fine. He has two booked rides at Kempton on Wednesday evening and four at Newbury on Thursday afternoon.”

Frankie Dettori (@FrankieDettori) · Twitter
https://twitter.com/FrankieDettori
On the way to recovery, just getting physio. I will be back racing Sunday pic.twitter.com/By3erDl…

DA: JMC: CB: MP: A glimpse into an unknown world built on Trust:

Apprentice learning to ride.
Note no contact on the bridle.

DA:  JMC: "A glimpse into an unknown world ... built on Trust

ITV Horseracing Team who will be guiding you through Royal Ascot next week.
http://www.itv.com/news/2016-10-16/itv-announce-full-racing-line-up-ahead-of-2017-coverage/

Hayley Turner: “We hope to give viewers an enjoyable ride, giving them a close insight into the world of racing with plenty of laughs along the way. For me, this opportunity is a new chapter, having recently retired from race riding, so I’m looking forward to getting to grips with the role with this talented new team.” 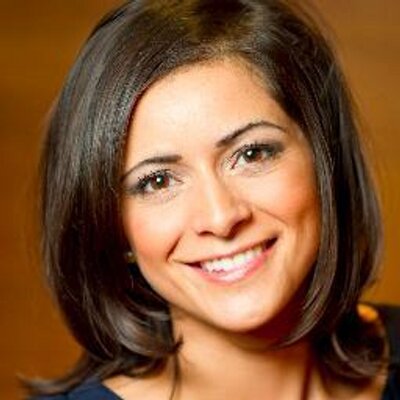 "First Family Head France"
Story of the family that has won the Arc one year in every six | Topics ...
https://www.thoroughbredracing.com/.../story-family-has-won-arc-one-year-every-six...
24 Sep 2015 - Criquette Head-Maarek with father Alec at Longchamp in 2013. ..ead. Members of the Headfamily have either trained or ridden one in every eight ...

MINDSET'S
JMC: Fact's: Translations: Opinions:
JMC: With respect a reminder for the Archbishop of Canterbury Justin Welby (GB) Archbishop Welby brings up the topic of: “Harnessing  Horsepower.” This whole world and all the people in it have been “Harnessing  Horsepower.” in the wrong way, left ongoing over centuries. It could be said that the two legged variety have been found guilty of burdening horses in an evil and cruel way for far – far too long. All through every horrific war on the planet. As brought to light by our Queen Elizabeth 11, with her family, and with American horseman Monty Roberts.

Trust in Practice Copyright
From the Ground
From the Saddle

Copyright Trust in Theory White Paper
Professional Global Horseracing Rules, Where Are they?

Meet the team who created David Attenborough's ... - Radio Times
www.radiotimes.com/.../meet-the-team-who-created-david-attenboroughs-planet-earth...
3 Apr 2017 - The filmmakers behind the blockbuster wildlife series reveal their secrets – as well as anexclusive preview of this year's Blue Planet II.

DA: The filmmakers behind the blockbuster wildlife series reveal their secrets – as well as an exclusive preview of this year's Blue Planet II