WATCH CHANNEL 4 THE MORNING LINE 8AM to 9AM EVERY SATURDAY


THROUGH THE KEYHOLE THE CLUES ARE THERE.

TODAYS MEETINGS COVERED BY THE MORNING LINE TEAM ARE:

NICK (Lord Snooty) LUCK
Host presenter, specialist broadcaster. Bloodhorse illiterate.
Nick has been broadcasting on horseracing since 2002 . He was named Racing Broadcaster of the Year 2007.

REVIEW
PHONE IN GUEST STAR SHAN COTHI, WELSH CLASSICAL SOPRANO
Shan rides out for Tim Vaughan, she recently had her first ride at Ffos Las finishing
5th on GRAND ART recently. Shan “It feels electric, we were slow out of the starting gate, I need to improve that!."
http://www.bbc.co.uk/programmes/b00843j2/episodes/2010
http://www.timvaughanracing.com/
http://www.flickr.com/photos/ronaldaroo/3578646004/
http://en.wikipedia.org/wiki/Ffos_Las_racecourse
http://www.timesonline.co.uk/tol/sport/racing/article6193661.ece

GUESS STAR RICHARD HANNON Jnr
Bloodhorse literate, assistant trainer to his father Richard who has held a license to train racehorses over 40 years. Training many great winners, with some truly wonderful horses throughout his career. Will he manage to win top flat trainer award for 2010? He is in there with a great chance. Good Luck.
http://www.byerleyracing.ie/?gclid=CJP4n6rK6KQCFVH-2Aod81Q20g

PAUSE FOR THOUGHT
FELLOW PROFESSIONALS PAY TRIBUTE TO THE NEWMARKET TRAINER
SIR MICHAEL (Daddy to them all) STOUTE ON HIS 65th BIRTHDAY YESTERDAY.

JUST ONE OF THE MANY TRIBUTES, FROM WALTER SWINBURN
“During the years I rode for Michael as stable jockey, the one thing that stood out was the way he conditioned his horses. He never galloped them to get them fit, and once he saw something in a horse he never needed to see it again – he knew it was there and he brought it out.


Michael could always see the bigger picture. I remember riding PHILSUDSKI in the summer of his four- year- old career. He’d won only a Group 3 at that stage and I’d never had him down as anywhere near top class, but before the Royal Whip Stakes at the Curragh Michael told me: “I’ve got the horse right now and I can get him better” . He won the Royal Whip and two runs later was runner-up in the Ark before going on to win the Breeders’ Cup Turf.


The horse who really stands out for me is ZILZAL. He was absolutely electric, and I don’t believe any other trainer could have enabled the horse to fulfil his potential in the way Michael did. In the wrong hands, he’d have been a lost cause.


Michael allowed ZILZAL to train himself, basically. He was very highly strung and Michael worked on getting him mentally right, keeping him under control. I rode him to win a little Leicester maiden on his racecourse debut and three weeks later there he was strolling away with the Jersey Stakes at Royal Ascot. Michael worked miracles with that horse.


One of his favourite phrases is ‘still hungry’, and I am sure that on the way back from Longchamp a few weeks ago that phrase got an airing despite that Arc win filling in one of the very few remaining gaps in his records.


His appetite for the game is still as strong as ever it was – I think he sees himself as he sees some of his horses, like he’s a high- class four- year- old with the potential to be even better next year. On that scale, he’ll still be winning Group 1’s as a ten year old!”

WALTER (Choirboy) SWINBURN a brilliant and wonderful professional handler- rider, one of the true greats. Now training horses near Tring.


DATE FOR YOUR DIARY

http://betting.betfair.com/horse-racing/world-racing/usa/us-racing-breeders-cup-picture-clearing-as-big-names-co-091010.html
Held in the US over two days, the Breeders Cup includes fourteen races that attract the top racing talent from across the globe. Every race except the Breeders Cup Marathon carries prize money of over a million US dollars. With a total of over twenty five million US dollars on offer in prize money, it is little wonder that horses from England, Ireland, France, South Africa and elsewhere are making the trip to the US to challenge the best of their home-grown talent.

The first Breeders Cup was held in November, 1984 at Hollywood Park, California. The venue has traditionally been changed each year to give the greatest possible number of US racing enthusiasts a chance to attend. Only in 2008 and 2009 was the Breeders Cup held in the same place, Santa Anita, California, for two years in a row. Churchill Downs, best known for hosting the Kentucky Derby, is the 2010 venue for the two day meeting held on the fifth and sixth of November, giving East Coast racing fans a chance to witness the world’s best thoroughbred racing.

"Hooh Why, a Grade 1 winner at Keeneland, should get an ideal trip on the cut-back in the Grade 2 Thoroughbred Club Of America and is a "salty" 8-1 on the morning line."As great as last weekend's stakes were, most notably Zenyatta making it 19 for 19 in the TVG Lady's Secret in front of more than 25,000 fans at Hollywood Park, this weekend's stakes are better.

The difference between the two weekends being that this time we have Keeneland and last time we did not. Races that not only have Breeders' Cup ramifications, but are great betting races as well is what Keeneland is all about. From a name recognition standpoint, Gio Ponti and his career earnings of more than $4.3m is the biggest name of the bunch.

Last year's runner up in the Classic to the aforementioned Zenyatta is shortening up his game and is competing in the Grade 1 Shadwell Turf Mile presented by Vinery.

A good performance here would probably propel him into a start in the TVG Turf Mile, where he would have to deal with the great Goldikova, who is looking to win the race for a third consecutive year.

Money will be on the fresh and dangerous Courageous Cat. He ran a great second at 22-1 to Goldikova in the Turf Mile last year, and sports a tactical edge over Gio Ponti.

There are two price horses that I like Saturday at Keeneland as well. Hooh Why, a Grade 1 winner at Keeneland, should get an ideal trip on the cut-back in the Grade 2 Thoroughbred Club Of America and is a "salty" 8-1 on the morning line. And in the Grade 1 Abu Dhabi First Lady Fantasia at 12-1 morning line will finally get some pace to run at, which in turn should finally allow her the opportunity to display that strong late closing kick that she possesses.


There are three big Breeders' Cup preps in New York this weekend as well. The weird thing about these races is that the horse with the most hype is a horse that has only one career start. Uncle Moe will be a heavy odds on favourite to win the Grade 1 Champagne as he should. In his lone start he completely dismantled his opposition to win a maiden race at Saratoga by nearly 15 lengths in a scorching 1:09:1.


In earning a Beyer Speed Figure of 102 he became one of just two two-year-olds to earn a triple digit Beyer this year. In a Champagne that, to me, did not come up very difficult, I would expect another easy win. An electric win, which very possibly would make him the post time favourite for the BC Juvenile at Churchill next month.

The Grade 1 Ancient Title should be a very interesting BC Sprint prep, in which defending Sprint champion Dancing in Silks looks to regain his from. But all eyes will be on Sidney's Candy as he takes on older horses for the first time in the Grade 2 Oak Tree Mile.


His turf debut at Del Mar back in August was the "wow" performance of the meeting. He dueled through
ridiculous fractions early and still had the ability to open up late and win the Grade 2 La Jolla in a course record 1:39:2. The Oak Tree Mile looks to offer the talented son of Candy Ride a legitimate test. Not only will he be facing older horses, he is going to have to contend with some other very quick and accomplished horses such as Tropic Storm.


I like Victor's Cry who won the Grade 1 Shoemaker Mile over this turf course back in May.

But a win from Sidney's Candy would probably make him the second choice in the TVG Breeders' Cup Turf Mile behind the champion Goldikova. 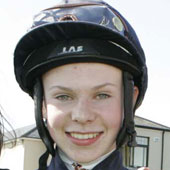 Email ThisBlogThis!Share to TwitterShare to FacebookShare to Pinterest
Labels: Jump racing comes to a close for 2010