C4 BRING US A WINDOW INTO THE WORLD OF HORSERACING
THE CLUES ARE HERE BUT CAN YOU SPOT THEM? 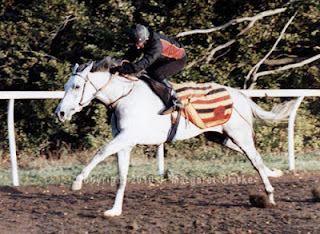 Jeremy asks would you like to be in the audience?
http://www.itv.com/jeremykyle/about/be-in-the-audience/


PUNTERS CHAMPION
John (Mac) McCririck
Mac brings us this weeks news from the papers, plus the Betfair BHA breaking news both yesterday and Thursday played down by the bookies. A platform as a sport not as a business, says Mac very trustingly. But Mac we can't trust any of these governments can we. Look how long all these governments have been getting away with letting everyone down, blighting everyones daily life so badly,  right left and centre, ongoing over decades. Look what a mess the  British bloodhorse illiterate horseracing government are making and have been making for far far too long.They are totally incompetent. How can anyone possibly fall for the latest con as published in the Racing Post last Thursday and Friday ?  Actions speak louder than words, but we get no bloodhorse literate action at all. Why?

It very much depends on who understands or does not understand the true perspective of the Bloodhorse Literate who are the heart and soul of this sport, without these there will be no horseracing. These are the people who have been abused and confused along with the horses over the past 6 decades. Pathfinders, pioneers abused and neglected  including the horses. To understand Bloodhorse Literacy will bring this sport to a much higher level of intelligence which will benefit all including the horses and the bookmakers.  Bloodhorse Literacy the number one priority this sport needs to embrace. As we saw at Newbury on Thursday evening in the first race: Embracing the young ones as Clive Cox lights up here.
6:20 Ufton Adventure Apprentice Handicap(Class 5) (4yo+ 0-70) over 1m3f+
Winner£2,264 Runners: 13 Going: Good To Soft Channel: RUK
WIN 1 Shades Of Grey 5 9-6  partner RYAN TATE (5) handler presenter? trainer Clive Cox for Dr and Mrs  Merrington  5/1
6:20 - Ufton Adventure Apprentice Handicap 1m3f, Class 5, £2,264.15
These BHA and political government people wouldn't even know how to put a bridle on a horse and walk that horse down the road safely. So what are they doing running British Horseracing in the Bloodhorse Literacy Zone? At present the only interest shown toward Bloodhorse Literacy is to get those who have achieved it, arrested and charged falsely to ensure they get banged up in the for the rest of their lives.
FORM RACE ESSENTIALS
Jim (Jimbo) McGrath
Jimbo takes us for a much closer look at this afternoons show piece The Coral -Eclipse  (3.45) for 3yo+ over 1m2f at Sandown Park worth to the winner  £241,584.60.
Could prove a tricky race to have a bet in one way and another. It will be interesting to see how the 3 year old BONFIRE in the hands of JIMMY FORTUNE runs after his Derby challenge finding the Epsom track a bit to quirky. Sir Henry Cecil challenges with the 7 year old  TWICE OVER in the hands or TOM QUEALLY. A facinating race to watch to observe as it pans out to be. There are far easier races than this to chance a bet in.


A brave and gentle giant, with a great temperament for tennis,
showing shades of Mohammed Ali as he bows out of Wimbledon last evening as reaches the final for the first time.
Mohammed Ali
http://news.bbc.co.uk/sport1/hi/boxing/6267397.stm