http://www.horseracingtips-uk.co.uk/charity-bets.htm
CH4 MORNING LINE SATURDAY NOVEMBER 3rd  2012
7.55am to 8.55am every Saturday
http://www.turfcall.co.uk

Let Ch4 and the Racing Post guide you in your adventure
into the world of horseracing
you won't be dissapointed.


CH4 BRING US A WINDOW


Ch4 Team take a much closer look at these 3 Feature Races
In their "Race Essentials".

BREEDERS' CUP 2012
20-page pull-out guide to tonight's Santa Anita spectacular
Be sure to get your own Racing Post today and tomorrow. To add to your reference file for your future reference points 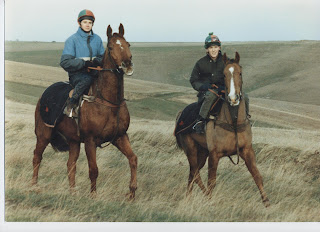 BREEDERS CUP 2012
"It's Breeders' Cup night get ready for race of the year".
James Willoughby


"Negativity aside, this is as good as it gets ...
"It is truly dispiriting that this column feels it should need to ride to the defence of the Breeders Cup , but-once again-a raft of negativity in the British press this week compels it to do so. To dismiss the event as an irrelevance is not only misleading ; it smacks of parochialism and a lack of ambition to see the world's best horses compete against each other....


"Here in Santa Anita this week, the presence of 23 European runners has done an enormous amount to raise interest in the event. Quite simply, to pit the best on two continents against one another should be about the most intriguing scenario imaginable, and this evening's Breeders' Cup is as good as it gets ..... Yes, Yes Yes


A must read
Nick Luck ,


"Fasten your seatbelts"
"Get that engine running "
http://racingplus.co.uk/

‘It is a great honour to have been awarded the Helen Rollason Award by the BBC last night, I am just so grateful for all your best wishes and support’. Bob Champion MBE, December 2011

Pioneering Team Nicholls takes jump racing into the future with champion chaser
KAUTO STAR now a 12-year-old, bringing to light the highly skilled Equus team behind the scenes who have worked with KAUTO STAR every single day
throughout his training career over the last 8 years to help KAUTO STAR achieve such brilliant form over all this time.
http://www.paulnichollsracing.com/


News this week in the Racing Post that Champion Chaser KAUTO STAR is to retire. (Thursday November 1st) Sporting a 16-PAGE SOUVENIR SUPPLIMENT inside.

Kauto Star (foaled 19 March 2000) is a retiredhorse, who was trained by Paul Nicholls in Somerset and owned by Clive Smith. He has won the Cheltenham Gold Cup twice and the King George VI Chase five times and is generally considered as one of the best ever steeplechasers.

DAVID ASHFORTH at his brilliant best in a wondering sort of way that can make an  adventure into horseracing even more wondering, pointing out it could take far longer to get to grips with such an adventure than most people ever come to realise. So what is the best way to put horseracing into perspective for horseracing adventurers?


"THE great thing about going to the Breeders' Cup is that, when you're over there, it's not past your bedtime. When you're here, the Breeders' Cup Mile tends to clash with the Round Britain Quiz, on Radio 4. It's a toss-up between being asked who owns Wise Dan in the Mile and who was Henry VIII's third wife?
The answer to the first is the wonderfully named Morton Pink, but I'm struggling to find the answer to the second. Divorced, beheaded, died, divorced, beheaded, survived. That's right, it was Jane Seymour who, strangely enough, was once owned  by Sheikh Mohammed, although I don't expect they'll ask that..


"Now that the Cup's spread over two days (I think it was better over one) there's another problem. Last night, just as the Filly & Mares Turf started, so did Book at Bedtime. (The Cleaner of , episode five, Dr Denman takes Agnes to see Jean Dupere). It makes being an intercontinental racefan very difficult.
"The nearest we've got to Santa Anita Park, track-wise, is . At Tuesday's twilight meeting (it soon got dark and felt like bedtime), I tried to imagine that the 32Red Maiden Stakes (Div II) (Class 5) over seven furlongs, winner £2,264.15, was akin to the Breeders' Cup Filly & Mare Sprint (Grade 1) also over 7 furlongs, winner £348,387.10, played out against the wonderful backcloth of the San Gabriel mountains. I failed. When I opened my eyes, it was still .
"On the other hand, the winner, Mundahesh, was owned by Hamdan Al Maktoum, who also owned Dayjur, who would have won the Breeders' Cup Sprint in 1990 but for jumping a shadow in the shadow of the post.  It would have been nice to reminisce with Sheikh Hamdan about it but I couldn't find him in the winner's enclosure. ....more later