Revolution at – jackets can be removed


Pic: “Gentlemen can remove jackets and ties
in the ..”

"THE sun is out, the sky is blue, the going is good to firm (watered) and there are strange goings on at , reminiscent of the French Revolution, but with fewer lost heads, so far.
“It’s so sunny that, in York’s County Stand, a bastion of compulsory jackets and tie, gentlemen are being allowed to take their jackets off, yet remain gentlemen, and persona non grata.
"Some traditionalists will be appalled, for it has always been understood that entry to the was permitted only on the strict understanding that, should it be unbearably hot, and horribly uncomfortable , ties would nevertheless remain firmly in place and jackets resolutely on. Upper lips would be stiff, if moist.
Better the sight of a gentlerman  dripping with sweat, awash with misery and teetering on the brink of collapse than “out of a jacket”. As Samuel Johnson almost said: “A man without a jacket is like a house without walls.”
The French Revolution has its sans-culottes, a rabble without breeches; races its sans-jackets. In 1789, the rabble stormed the Bastille;  in 2013, ditto the . “Vive La Republique!” “Eh up!”
"Those who are appalled will fear a dangerous precedent has been set, and hope that the suspension of the dress code is just that – a suspension – and that standards, and jackets, will be restored for ’s Ebor meeting. Extra sun could be met by extra ambulances, with jackets and ties not to be removed until the ambulance door is closed and the sunstroke victim safely on his way to mortuary. If you can’t stand the heat, get out of the  () kitchen.


Anyway, I’m glad has finally seen common sense and it only remains to let you know what is going to win ’s 54th John Smith’s Cup. Untill the draw took place (I wish they’d asked me to do it). I thought I knew the answer. It was Stencive, who was all set to give the excellent Graham Lee his usual big Saturday handicap success, until them malevolent being responsible for the draw allotted Stencive stall 21, otherwise known as the crematorium.
“Actually, all might not be lost because last year King’s Warrior won the Cup from stall 19 and in 2011 Green Destiny won when drawn 17 of 19. Green Destiny was trained by William Haggass, who trains Stencive, who looks well handicapped, goes well on fast ground and will be suited by a fast pace, if there is one.

“Give me a few minutes (you know how it is) and I’ll have persuaded myself that Stensive is a certainty. Yes, it’s all coming together nicely. All we need now is for someone to set off fast, and keep going fast for as long as possible. Given a clear passage, for which Lee’s patience is an asset, all should be well, even though in my experience it usually isn’t. See you in the payout queue, possibly.


“One of Stencive’s victims will be Clayton, wearing the pleasingly familiar colours of Guy Reed, who died this week. York was one of Reed’s favourite racecourses and it’s a good day for remembering the sometimes wayward Dakota, who won the Ebor in 1975, and La Cucaracha, who won the Nunthorpe 30 years later, and the bonny Tiddliwinks, winner of last year’s Duke of York Stakes.
“The fellow elderly may remember Reed’s days as a patron of trainers Sam Hall and Chris Thornton, with Jimmy Bleasdale on board many of their minor champions, horses such as Warpath, Shotgun, Apache, Choctaw and Path Of Peace.
"In 1981, Lester Piggott, living up to his reputation, persuaded Reed to give him the Derby ride on Shotgun, who had finished second in the Dante under Bleasdale. He finished fourth to Shergar. I expect Piggott had hoped to get on that. One way or another, I hope Reed’s famous colours live on.
“Reed won’t be at and neither, probably, will Anne Cowley, even though her horse, The Rectifier, runs in the opening race. Cowely is more likely to be at for the Fred Cowely MBE Memorial Summer Mile Stakes.
AS YOU’LL know if you’ve got an oil-filled 7.5MVA transformer, Fred Cowely founded Transformers and Rectifiers Limited in 1951 and, in 1999, was awarded the MBE for services to the electrical engineering industry.
“Possibly having had enough of semiconductor rectifiers and voltage line stabilisers, in recent years he and Anne owned several winning horses, including The Geester, Freddie’s Girl and Satwa Gold.
“Fred died this year, aged 97, and it would be nice if The Rectifier, a four-time winner, provided the perfect preface to the race named in Cowley’s memory. Then Anne might get another horse, and call it The Transformer.".

“Be wary when the heat’s turned up … Richard Hughes warns in his Racing Post feature yesterday p12-13.

Within one week we have two (flat turf) interference issues:

Now we know that all the true skill and art of a top professional (Group 1) handler rider counts for nought in the eyes of the BHA horseracing government.

Wondering what would become of the British Lawn Tennis Association and the yearly World Wimbledon Championships if they took such a stance as this? There would be balls wizzing all over the place. And it wouldn't matter if the balls were in, or the balls were  out. Consiquence making a nonsense out of the sport of tennis.

RACING POST NEWS TUESDAY JULY 16th p2.
Hannon backtracks over Lantern appeal after groundswell
of opinion
"SKY LANTERN'S connections yesterday decided to appeal to the BHA in search of a Group 1 win as they targeted another with a tilt at the Nassau Stakes at Glorious Goodwood, writes Jon Lees.

"Connections of the 1,000 (British) and Coronation Stakes heroine have opted to challenge the decision of the stewards not to award the Falmouth Stakes to the grey last Friday.

"Coral opened a book on the result of the appeal, offering 1-6 Elusive Kate keeping the race, and 7-2 about Sky Lantern being awarded the decision.

"Trained by Richard Hannon (snr) for based owner Ben Keswick, Sky Lantern was beaten a neck by Elusive Kate after being carried left across the July course and receiving two blows to the head from the whip of Elusive Kate's jockey William Buick.
"After a ten-minute stewards inquiry the result was unaltered leaving Sky Lantern's jockey Richard Hughes particularly frustrated.


"Hughes has since said: "Elusive Kate has been under my nose as she hung left and I couldn't get by at any time. I am suffering interference and my filly got whipped in the face." (Sky Lantern a three year old filly whipped in the face? What effect will this have on Sky Lantern's confidence? So early on in her racing career? Could put her off for good. Could make her refuse to go in the starting stalls at the start of another race) The very last thing a very young racehorse needs is a bad experience on a racecourse like that.

"Having initially ruled out the idea of an appeal, the Hannon camp has backtracked.

"The trainer said: "So many people have rung urging us to appeal, insisting we have a strong case, so we've decided to give it a shot. We've spoken to Ben Keswick and, although we were originally taking the decision on the chin, we have backtracked."

"She's come out of her race exceptionally well. She settles very well, we saw that in the , and is very easy to manoeuvre in a race. Hughesie is adamant she will get a mile and a quarter and I can't see a reason why not.

"We're very keen to go for the Breeders' Cup Filly and Mares and that's a mile and a quarter on turf, so it's probably a good idea we try it out before we go and spend a fortune finding out over there."

"The BHA confirmed the appeal may be heard on Thursday subject to all parties being available."


BRITISH HORSERACING AUTHORITY GOVERNMENT (BHA) IS ATTEMPTING TO RUN BRITISH HORSERACING WITHOUT AN EQUUS ZONE.
JAMIE STIER, BHA director of raceday operations and regulation, says "Racing is about the best horse winning."
Frankie Dettori Guest Superstar on the Morning Line last Saturday (13.07.13) reflects:
"BHA stewards decide on the horse who would have won regardless of the interference" .


STIER  believes the Rules in are the best solution to a tricky problem and fairer than those in , where Stier says the rules on interference lean towards the disqualification of horses. Any racehorse and rider who cause unsporting  interference in a race, in any race should be disqualified in that race. That is enough, end of story. This means that Al Zazeem and Elusive Kate both should have been disqualified. That is all, no further punishment. That Mukhadram-Paul Hanagan William Haggas be awarded the Coral Eclipse upon the disqualification of Al Zazeem-James Doyle. You never see Paul Hanagan ride ' caught out with the washing ' as James Doyle aboard Al Kazeem in the Eclipse. Out of touch, out of tune to the matter in hand.

This means that Al Zazeem-James Doyle and Elusive Kate-William Buick  should both have been disqualified. That is all, no further punishment.

All punters will understand that any and all interference is not to be tolerated. They will take more care in placing any bet in the future.


Thursday July 18th 2013. J Margaret Clarke Turfcall comment:
EQUUS ZONE:
HORSERACING RULES FOR GLOBAL HORSERACING:
Saturday July 6th 2013
Both Mukhadram and Al Zazeem are big powerful mature horses, they were both galloping flat out each in their own right attempting to win this race. It is not possible for anyone to say which horse was the best, or which horse would have won, due to the fact that James Doyle and Al Zazeem put a stop fast, to Mukhadram's challenge, as Mukhadram made his move to race upsides AL Zazeem to the winning post.
GLOBAL HORSERACING INTERFERENCE RULES: STEWARDS INQUIRY
The first question Global horseracing stewards need to ask themselves
Coral Eclipse Sandown Park
1. Did Interference Occur?  YES
2. Who caused the Interference? AL ZAZEEM -JAMES DOYLE
3.  Who was the victim of the Interference? MUKHADRAM -PAUL HANAGAN
4. Result  the winner: MUKHADRAM -PAUL HANAGAN
5. AL ZAZEEM -JAMES DOYLE disqualified due to dangerous interference, taking MUKHADRAM -PAUL HANAGAN's ground away.


The BHA confirmed on Monday July 8th as revealed in the Racing Post on Tuesday July 9th that the British Rules on Interference were 'not perfect'. But insist they are the best in the world. How can the BHA insist that their non existent ' Interference Rules '` are the best in the world, when they have none in any form at all, that work properly in Britain itself, leave alone in other global horseracing countries. 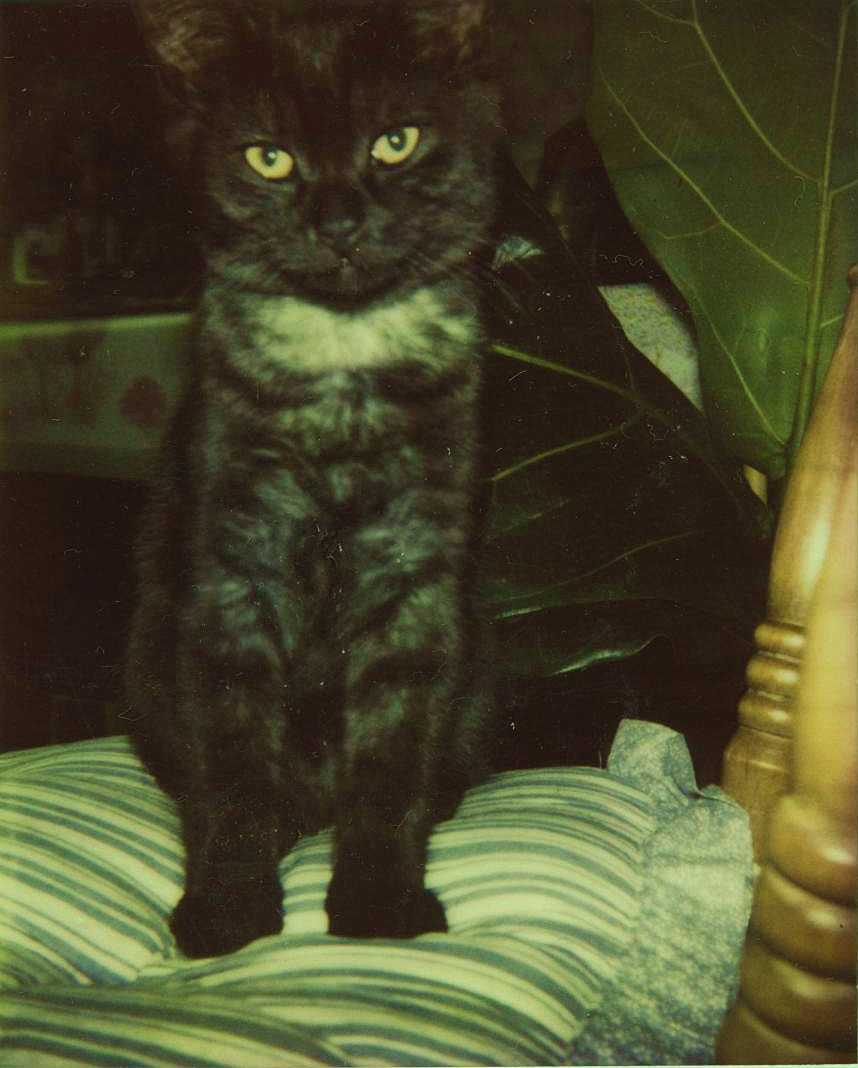