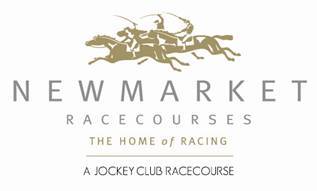 BLOODHORSE LITERATE REALITY ZONE:
JMC:  Balance, timing,  hands this young man, or is this a young
woman? Has earned his, her own "true bloodhorse literate copyright
rating. But instead is trapped in a male Tory government bloodhorse illiterate fraudulent living wage scam.

"INSIDE:
STARS IN PERSUIT OF RECORD £18 MILLION:
The finest horses at the greatest courses:
But who will be this season’s stars?

"The series that brings together the best horses covering five race categories and staged at ten of the finest racecourses.

WIN A VIP DAY AT THE RACES Enjoy top-class hospitality for four on Coral-Eclipse day. ”


Sheikh Fahad Al Thani: “We love racing and are very enthusiastic about it. We are helping racing but this is 100 per cent a business decision. "


John Gosden: “Aidan holds a lot of the big aces for the top races this year. He has a very strong hand”.

Michael Owen: “Goodwood is a course I’d love to return to’

“THE QIPCO BRITISH CHAMPION SERIES IN 2015”

Favourite race meetings “Oisin Murphy, Champion Series blogger and jockey to Qatar Racing , picks some of his brightest prospects this season. “Strath Royal has been pleasing and I’m eager to test him in a Group 1” .

“The star miler of the Classic year has a daunting foe waiting in Solow” .


“Racing Post experts select horses they expect to shine in each category.”

Win VIP hospitality for four to the Coral-Eclipse.


“RACE BY RACE – PLAN YOUR SEASON


SET OUT EACH DAY FROM APRIL 30 THROUGH TO OCTOBER 15


TO BOOK TICKETS GO TO