CH4 THE HOME OF HORSERACING

CH4 Bring us a window into the world of horseracing,
from the outside looking in.

WILLIE MULLINS in the post today "Dougal Philps should fly our Flag flag with honour on first day.
"THE Flat season kicks off at the Curragh today and we will have a runner in the big race, the BetVictor  Lincolnshire (4.30), in DOUGAL PHILPS, who will be partnered by SAM JAMES.


"Hopefully, we can have a productive season. Typically, we have about a dozen Flat horses for the summer. We buy quite a few horses off the Flat to go hurdling with and we'll try do a 'SIMENON'  with those, although that's asking quite a bit!
"DOUGAL PHILPS, is probably more of a Flat horse than a jump horse, although he does jump very well. That said, the action on the level this season will probably suit him better than what he has been doing over the past few months and he will certainly be fit from jumping, which could be a big asset. He is one of the bottom weights and handles the ground, and we're looking for a big run."
Take a look at the runners and riders for the Irish Lincoln. What do you think?
Join Up
BetVictor Irish Lincolnshire (Premier Handicap) (4yo+)
100000.00 For 4yo+ Weights highest weight not to be less than 9st 12lb Minimum weight 8-4 Penalties (after calculation of the handicap), each race won 5lb Custom Cut's Handicap Mark 104 Confirmed 30 Penalty value 1st €60,000.00 2nd €19,400.00 3rd €9,400.00 4th €3,400.00 5th €2,400.00 6th €1,400.00

"Lester Piggott, for one,

will not be winning this years Lincoln."

"I'll pass over the - there are too many rules.

"The beauty of the BHA 's flexibility is that, if is abandoned the William Hill Lincoln will be run next Saturday instead. So you can just cut this out and read it then, although, if you wait, you may miss a winner at Wetherby on Wednesday (see below)

"One thing's for certain, whenever the 's run Lester Piggott is not going to win it. He never did. It was a rule of racing. Piggott didn't win the , which must have cost his followers a fortune, and it's a bit late to put things right now.


Lester must have felt very lost when he retired from race riding, like his life suddenly came to an end, but he found he was still alive. Wondering if he still feels that loss, like as if he is a shadow of his real self drifting along as best he can in a sort of vacuum of lostness.

"How far your selection was beaten also depended on where the pace was and how Doncaster Rovers had played across the road at Belle View the previous evening but mainly it depended on the draw.

"Then, drains were invented, the Lincoln was moved to Redcar for a couple of years, and when it moved back, students of the draw opened new notebooks with fresh entries on winners and their draws.

"It's bound to be a strange race when it's called the Lincoln but isn't run in Lincolnshire, just as the Derby isn't run in Derbyshire, nor the Northumberland Plate in Northumberland. The Eider Chase is also run at , despite the fact that the Eider is in , where people climb up its north face. (not a spelling mistake, just a weak joke).

"And another strange thing - the Racing Post Arkle Chase at the Cheltenham Festival is named in honour of a horse who won six times at but never ran there over the Arkle Chase's two-mile trip. Arkle only once anywhere in a two-mile chase.

"The Gimcrack Stakes at , for two year olds, is odder still, since Gimcrack never ran as a two-year-old and was beaten at both of his appearances at . Go figure (an expression that seems to have run its course but which I rather like, , and may try to resurrect).

"As a betting medium I've long since abandoned the on the grounds that it's a race to get the turf season off to a flying start, for William Hill.

"IN FACT I'm edging towards abandoning handicaps altogether and concentrating on certain kinds of maiden races, and novice hurdles. They're easier and quicker to analyse and, at my age, I can't be messing around poring over 22 seasoned handicapper, although there was a time when it seemed a wonderful way to spend a day.

"So its out with the handicaps and in with the maiden races. It's like giving up on the Times' cryptic crossword, and doing the easy one, instead. Obviously , rules have to be broken sometimes, the watch Racing on Channel 432 Handicap Hurdle at Wetherby on Wednesday being an example, if it's not abandoned.

"Those of you who followed my advice (Racing Post, February 23) and entered Upswing in your notebook will have reaped the rewards at last Sunday, when he won cheekily off a debut debut handicap rating of 107.

"At Wetherby , over a helpfully longer trip, he can run under a 7lb penalty. A good looking horse, Upswing's better than that, and be probably be better still over fences. Anyway that is what I think.

"Today, Bispham Green's going to be a short price for the 32Red Casino Maiden Stakes at Southwell but it might be worth a look. It'll only take a minute. Then you can have another look for your glasses, and watch the ."

David's, humour highlights and lightens several key areas within the gambling game of horseracing that come into contention. 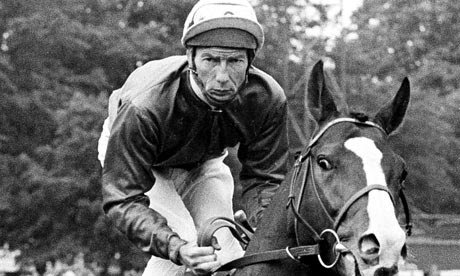 Two minds think alike.
What's going on over there? 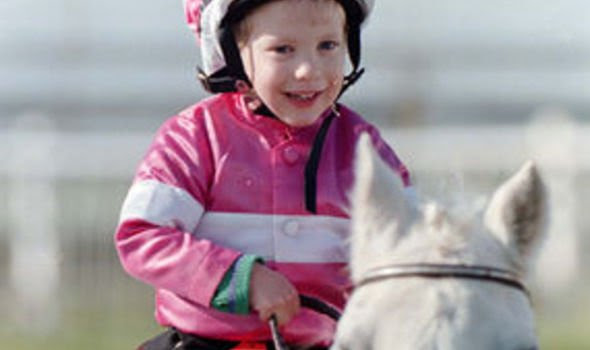