CH4 Bring us a window into the world of horseracing,
from the outside looking in.

Don't miss your Racing Post today, tomorrow and all next week
at the Cheltenham Festival Championships


Pause for breath as MOLE stars in warm- up
TODAY'S BIG
TALKING POINT
David Carr on a richly diverse feast of pre-festival action.
"YOU will never get racing fans to stop talking about entirely at this time of the year, but we can at least pause for breath today.

"Post Imperial Cupwe can get back to digesting all the latest rumours, running plans and racecourse gallops, but now is time to focus on Sandown pre-festival highlight.
"Today's Paddy Power- backed race promises an intreguing battle between two dozen tightly handicapped hurdlers, more than half of them five or six- year- olds with plenty of improvement still in them, fighting it out over a stiff two-mile course.
"Thoughts will inevitably turn back to festival almost as soon as thery pass the post, and the race sponsors have a lot to do with that as Paddy Power are offering a £75,000 bonus should the winner follow up at .
'Will he go to the Festival?' is likely to be the question the successful trainer gets asked in the winner's enclosure.  Odds are it will be Paul Nicholls who will haver the microphone thrust under his nose at around 3.25pm.


"Not only is this very much the champion trainer's day of the week (He has sent out no fewer than 11 winners on the last three Saturdays as he battles to retain his title.) But MR MOLE - a entry- has been all the rage anti-post for today's race, quoted as short as 11-4 at the final declaration stage while each of his 23 rivals was available odds of 9-1 or above ...

BUMPER 80-PAGE ISSUE HERE WE COME!
racing PLUS published every day for Cheltenham week.
"See what our columnists are saying in the run-up to the Festival -Robert Cooper (p8) and Nick Luck (p10) (Ch4)
"McCoy's on bonus trail but ValuePlus fancies the punters' pal and red-hot favourite Mr MOLE to be usurped by one at a tasty price in to-day's Imperial Cup." (p5)

What do the mysteries of the Equus Zone show
beyond all shadow of doubt?

What true caring is all about.

Royal Connection One of the greatest true stories of all time.

The day when our own Queen Elizabeth 11 invited Monty Roberts to come over from USA
to stay with her at Windsor Castle in the early 1980's. 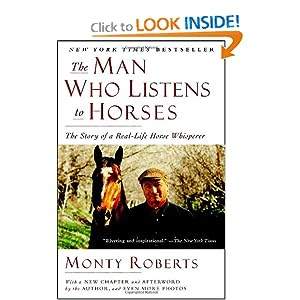 The Man Who Listens to Horses: The Story of a Real-Life Horse Whisperer [Paperback]

Monty Roberts (Author)
› Visit Amazon's Monty Roberts Page
Find all the books, read about the author, and more.
See search results for this author
Are you an author? Learn about Author Central
(Author)
4.3 out of 5 stars See all reviews (219 customer reviews)

GUIDE FOR YOUR VERY OWN HORSERACING ADVENTURE TODAY
AND ALL NEXT WEEK AT THE CHELTENHAM CHAMPIONSHIPS
http://www.cheltenham.co.uk/fixtures/the-festival/

The clues are here but can you spot them?

Nicky Henderson (GB)
Take a closer look at Team Henderson today and all next week
at the Cheltenham Championships
http://www.lambourntraining.org/trainers/nicky-henderson

Willie Mullins (IRE)
Take a closer look at Team Mullins today and all next week
at the Cheltenham Championships
http://www.wpmullins.com/http://en.wikipedia.org/wiki/Willie_Mullins

Paul Nicholls
Take a closer look at Team Nicholls today and all next week
at the Cheltenham Championships
http://www.paulnichollsracing.com/

This Weeks News
The Racing Post
Key for Cheltenham Championships
Nigel Twiston -Davis explains his horses are fighting off flu like symptoms
and he is hopful and battling through to keep his Aintree entries on track.

TENNIS HAS WIMBLEDON. RACING HAS CHELTENHAM.

If you missed this mornings CH4 Film presented by Alastair Down  "THE JUMPING BOYS"  7.00am to 7.55am. It is to be shown again on Ch4 Tuesday 11.45pm during Cheltenham Championships Racing Review.

Choc Thornton was today revealed as Britain's most accident-prone jockey - after suffering 367 falls in his career.
Thornton, 33, is currently laid up with a broken arm following a tumble at Hereford last December - his 42nd injury since he began riding professionally in 1995.
Over the years he has broken all 24 ribs, shattered his left collar bone three times and his right collar bone six times.