"Can JOIN TOGETHER push himself to the top of WALSH'S enviable list of potential Grand National rides?
all today's big-race previews pages 2-8

PUNTERS ZONE racing PLUS – THEORY PREVIEW TODAY﻿
http://racingplus.co.uk/
CHELTENHAM HERE WE COME!
There are just 10 days to the Festival  - so start getting ready now with our invaluable pointers, preview night nuggets from Nick Luck, a 20-1 County Hurdle bet from VALUEPLUS and much, much more: pages 5-12

Plus  BIG FELLA  looking 'fresh and happy' out to win to retain the feature chase 3.50 at Newbury this afternoon .

Big day for Walsh as clock counts down to the season's
main events.


TODAY'S BIG TALKING POINT
Lee Mottershead on some tough decisions facing the jockey at Newbury today.
"DECISIONS, decisions. Everywhere he looks at this special time of year, Ruby Walsh is faced with them. Willie or Paul, this horse or that horse, options to be considered, answers awaited.
"By selecting over Newbury as his venue of choice this afternoon, Walsh has already made one decision. The reason for making it is surely the hope that it will make an even bigger decision - a John Smith's Grand National decision, no less - not quite so troublesome.
"With just ten days to go until , Walsh will have much on his mind. DODGING BULLETS for Nicholls or FEVER for Mullins in the Supreme? Which of the two stable mates, SAPHIRE Du RHEU or PTIT ZIG, in the Fred Winter? And once Mullins has decided between BOSTON BOB and BACK IN FOCUS in the RSA Chase, Walsh must weigh up the claims of the preferred candidate and the Nicholls challenger UNIONISTE.
"You will not here complaints from the subject of tomorrow's RPSunday interview. Few jockeys are faced with such tricky but pleasant problems. Yet an even bigger one is coming, a judgement call that will determine on which horse the festival's most successful rider will seek a third victory in the most celebrated of all jumps races.
"It is the National to which thoughts on a Saturday when, if only briefly, attention switches from the festival feast that awaits us. Had he wished, Walsh could have gone to Newbury today, where THE KNOX will attempt to justify favouritism in the £50,000 StanJames Supporting Greatwood Gold Cup. Instead he heads to as fellow Ditcheat inmate JOIN TOGETHER , so nearly successful in Aintree's Bechers Chase, bids to boost his National credentials in the William Hill Grimthorpe Chase.
"At 16-1, JOIN TOGETHER is shorter in the National market than all but five horses.

"The problem for Walsh is that he could ride three of them. Graham Wylie's ON HIS OWN and PRINCE De BEAUCHINE, both trained by Mullins, vie for favouritism, only fractionally in front of SEABASS, on whom Walsh's sister Katie finished third at Aintree last April.

"Most neutral observers would love to see Katie once again take the mount on father Ted's stayer, yet asked last week if he could possibly countenance jocking off his sister, Walsh merely noted: "Needs must."
"JOIN TOGETHER, very much Nicholls' number- one National hope, is far from the only Aintree candidate  in action today.

GUIDE FOR YOUR VERY OWN HORSERACING ADVENTURE TODAY

Preview check out the horses competing this afternoon trained by Team Nicholls (GB), Team Henderson (GB) Team Mullins (IRE) Follow these 3 Teams' . Note down their horses in action this afternoon and who takes each ride.  Do your own Review results later in your Reference File.


Equine Guest Superstars Team Mullins C4 take us to this morning. We meet up with licensed jumps turf trainer Willie Mullins and his Team who show us a mighty string of racehorses in training at exercise, many to travel over to challenge at Cheltenham Festival in 10 days time. Captured on film, for us, extracts of those magical moments, characters and horses, going about their varied highly skilled athletic tasks together at exercise, on the gallops, in the paddocks and in the stable yard. The homework that goes into the preparation of these beautiful creatures for competition on the Racetracks around the world. The results of those efforts ....Win, Lose, or Draw. Favourite horses. Big winners. Brave losers.
The bustle of Morning Stables, the tranquillity of Evening Stables every day of every week, fair weather or foul, the discipline and routine continue to evolve.
http://www.youtube.com
http://www.youtube.com/watch?v=OmciPXxx81U/watch?v=XgwcQL8D8rU

C4 Out and About Equus Zone

MEETING INFO COURSE MAPSTATISTICSFAVOURITESSIGNPOSTSSTANDARD TIMESPRINT-OUTS
GOING: GOOD (Good to firm in places; GoingStick: 8.9) (Hurdles and hurdle dividing rail will be moved to fresh ground where possible). (Sunny intervals)
Show all racecards for this meeting on one page

MEETING INFO COURSE MAPSTATISTICSFAVOURITESSIGNPOSTSSTANDARD TIMESPRINT-OUTS
GOING: GOOD TO SOFT (GoingStick: Chs 6.5; Hdl 6.1) (Rail has been moved out on both courses). (Mostly cloudy)
Show all racecards for this meeting on one page 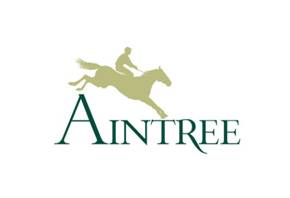