MUSINGS FROM A RETIRED RACING ENTHUSIAST

"Winner won't help you in pursuit of happiness. "


Pic: Ba: the calm  before the Hennessy Gold Cup storm


"NEXT week, to celebrate, get a train from London King's Cross to . Then catch a train to Oban. From Oban, get one of those Caledonian MacBrayne ferries to Craignure, on the Isle of Mull, and make your way towards the winner of today's Hennessy Gold Cup.
"As you stand by the water's edge, fighting off the midges, say loudly: "Thank you, Loch Ba. It is a far, far better thing that you have done, although that win at Newbury over three miles in January off a rating of 125 was pretty neat, too.
"Yes, there's your winner, and I speak with authority, as someone who has backed the winner of the Hennessy before (Bighorn 1971) Don't be put off by the insulting long odds; 25-1 as I write. Double your stake, If Ladbrokes
have to issue another profits warning, so be it.
"It doesn't really matter why Loch Ba is going to win. I've done all the hard, analytical work for you. Hours slaving over video replays and form histories, days monitoring betting market movements, making fine calculations of odds and value. Also, Loch Ba's rather a nice name.  We just have to hope Domenic Elsworth  hasn't eaten for a week, while remaining at his strongest. If he has to ride in his knickers to do the weight (10st 1lb), it's a sacrifice worth making.
"After that, we can only hope neither he nor Loch Ba cock things up. Do try not to.
"It's perfectly straightforward, Loch Ba just needs to settle nicely, travel well, jump well, finish well, and generally do as he is told. Elsworth just needs to get Loch Ba settled into a nice rhythm, travelling well, jumping well, avoiding trouble, and winning.


"The last bit is particularly important. It's not too much to ask, surely. After all, Lock Ba is a racehorse and Elseworth is a professional jockey.  We're only asking them to do what they're supposed to do.
"What makes this year's result especially pleasing is that it was trainer Mick Channon's 65th birthday on Thursday so, if the race had been run two days ago, it would have been the perfect birthday present for him. That and his pension.


"Former trainer Henrietta Knight is still involved with Loch Ba and, if the Hennessy had been run 15 days later, on December 15, perhaps at Southwell, it would have been a great birthday present for her.
"Still, for all I know it might be owner Camilla Radford's birthday today. If it is, happy birthday and good luck.


"As you probably know, today was definitely Sir Winston Churchill's birthday. He owned racehorses and would have been 139 had he not been cruelly taken from us when aged only 90. It's a pity he'll miss this year's Hennessy.
"Churchill could be a bit grumpy but Channon is a jolly soul, which is a great thing to be. He'll probably be jolly even if Loch Ba doesn't win (It's alright, don't worry, he will win).
"It's partly hereditary, the jolliness. According to Jonathan Haidt, in a fascinating book called The Happiness Hypothesis, research suggests that between 50 per cent and 80 per cent of variance in levels of happiness  between  different individuals  is due to genetic differences.

"Happiness is one of the most heritable aspects of personality, " writes Haidt. For some of us, that's a bit worrying.
"One result is that, whatever happens to you, good or bad, within about a year you'll return to roughly the same level of happiness as before . Lose a leg or win the lottery, ride the Grand National winner or fall at the last with the Cheltenham Gold Cup at your mercy, you'll soon feel just the same happiness wise.
"It's worth bearing that in mind if things go wrong today. If Loch Ba runs disappointingly Channon will soon feel just as happy as he did before - and if a misery guts backs the winner, he'll soon be just as unhappy as he was this morning. So it doesn't really matter what happens.
"The good news is that, by working on the part of happiness that isn't preordained  by your genes, you can make yourself happier. The way to do it, says Haidt, is not by "having" but by "doing", by focusing on experiences rather than s for possessions. Activities that involve caring for others, showing kindness and gratitude, are particularly effective in raising one's own happiness levels.
"Personally, I've got my doubts. Over the years, I've been tremendously caring and kind to bookmakers. I've sent them on holidays and built houses for them. I'm not sure it's made me happier but I'm pretty sure it's contributed to their happiness, which is a comfort.
"Anyway, it doesn't matter what wins the Hennessy. You'll feel just the same afterwards."


What jigsaw puzzle has David set for us this week?


IN PERSUIT OF HAPPINESS
BA
Key facts:
LOCH BA  one of yesterday's brave challengers of which there were 20 other's all trying to win this famous steeplechase  The Newbury Hennessy Gold Cup 2013 at 3.00pm yesterday afternoon, over a gruelling 3m+ which included jumping 21 big fences along the way. Something that 95 per cent of the media to include the political, horseracing, legal and financial governments fail to grasp.

Although Paddy Power and his Mum seem to have sorted out the wheat from the chaff themselves.  One of their adverts' depict a group of about 6 riders circling at the start  of a race "Knights of the Garter" style, the horses in dreadful condition, hardly able to struggle along walking leave alone galloping. With the 6 sinister riders all draped in black cloaks.
I digress.


earlier won the Grade 1 Fighting Fifth at with leading Champion Hurdle contender My Tent Or Yours.

TRIOLO D'ALENE a beautiful, mighty six year old chestnut horse, gave his all to win here, beautifully turned out, looks like he has considerable growing still, to fill out his huge frame.
Yes, yes, yes a great performance. A huge compliment to Team Henderson, each and every one.

TAKING A CLOSER LOOK  AT  "LOCH BA": PROGRESSIVE. "
What may have attracted David to rate Loch Ba's chances in yesterday's Hennessy. SP 16-1

Second: Taking a closer look at the connections behind Loch Ba
http://www.racingpost.com/news/live.sd?event_id=1117190&category=0


All sorts of true threads,  behind this interesting story. Looks like yesterday Loch Ba partner Dominic Elsworth  competing for The Hennessy Gold Cup 2013 performed well, tiring in the closing stages.


The Staff of Team (Mick) Channon


Whilst Mick's name is attached to any success associated with West Ilsley Stables, the staff are responsible for the real hard graft. From the depths of bitter winter to the frenetic high summer, they are the ones at the sharp end who provide and care for the horses and provide The Boss with feedback on every intimate detail.


There are over sixty staff in all with the vast majority living on site, meaning that the horses are always the focus of attention.
http://www.mickchannon.tv/page/the-staff

IF TONY McCOY was hoping to see Champion Hurdle class from Jezki on Sunday he was likely left disappointed, as the five-year-old was unspectacular in a narrow-margin victory over Zaidpour.

In beating last year's winner of the race the win was not without merit, especially considering Jezki was untidy at the final two hurdles, but bookies almost unanimously left him unchanged at 8-1 or 9-1 for the Stan James Champion Hurdle.

HOW DO TOP  FOOTBALL PLAYERS GET ON
OWNING AND TRAINING RACEHORSES?


PROFESSIONAL FOOTBALL ZONE
Mick Channon was keen on horseracing back when he was playing football professionally I believe, he has always loved horses throughout his lifetime to date. He has trained many good winners .

EQUUS ZONE
Henrietta Knight since she relinquished her own license, has joined-up with Mick as they live close by.  Wantage is only a short distance in a car from .
http://www.theguardian.com/sport/2012/may/24/mick-channon-henrietta-knight-retires

How long does it take a trainer team to bring a steeplechaser to peak performance. To progress through the novice races, to take a chance and aim for a race like the Hennessy. Very much depends on who the horsemen is at home working with each horse at the dangerous sharp end of a  sport that is so badly misunderstood, each and every day.


On the one hand we can
PREVIEW FOOTBALL TEAM SPORTSMEN


On the other hand we can
PREVIEW HORSERACING TEAM SPORTSMEN


How is it that British horseracing has been trapped in bloodhorse
illiterate hardship and poverty over the last 6 decades? Who is responsible for this dark age crime? This is Charles Dickens territory still going on in 2013. An unacceptable evil.
A bloodhorse illiterate multi - billion pound horseracing industry being run as a charity?
With no true Equus Rules career structure and no true Equus Rules wage structure for skills achieved in place, earned in a person's own right
MONDAY DECEMBER 2nd
THE MONDAY JURY
http://turfcall2-racingpost.blogspot.co.uk/2013/12/monday-december-2nd-racing-post-2013.html


YESTERDAY AT THE RACES


TALK OF THE TRACKS
"Analifet Triumph favourite after slick success. "

Willie Mullins three year old filly Analifet under Ruby Walsh winning the Bar One Racing Juvenile 3-Y-O Hurdle at Fairyhouse yesterday. Of particular reference the photograph on page 12. The ultra fine connection can be noted between this filly and Ruby when clearing the last hurdle to go on to win this race. Ruby is reading this filly accurately he has her exactly where he wants her and she is happy to be there, she understands exactly what Ruby is asking her to do. Ruby rides her on the bridle note the balanced tension connection through the rein and through Ruby's body balance,  Ruby's gentle hand accurate precision holding a gentle balanced tension between himself and this filly. Spot on. The hallmark  of a great rider. Few ever find it.

“IT’S ALL THANKS TO BALLYDOYLE,”

From Wikipedia, the free encyclopedia

Jonathan Haidt (pronounced “height”) is a social psychologist. He is the Thomas Cooley Professor of Ethical Leadership at New York University’s Stern School of Business.[1] His academic specialization is morality and the moral emotions. Haidt is the author of two books: The Happiness Hypothesis: Finding Modern Truth in Ancient Wisdom (2006) and The Righteous Mind: Why Good People are Divided by Politics and Religion (2012), which became a New York Times bestseller.[2] He was named one of the “top global thinkers” by Foreign Policy Magazine,[3] and one of the “top world thinkers” by Prospect magazine.[4] His three TED talks have been viewed more than 3 million times.[5]
http://en.wikipedia.org/wiki/Jonathan_Haidt 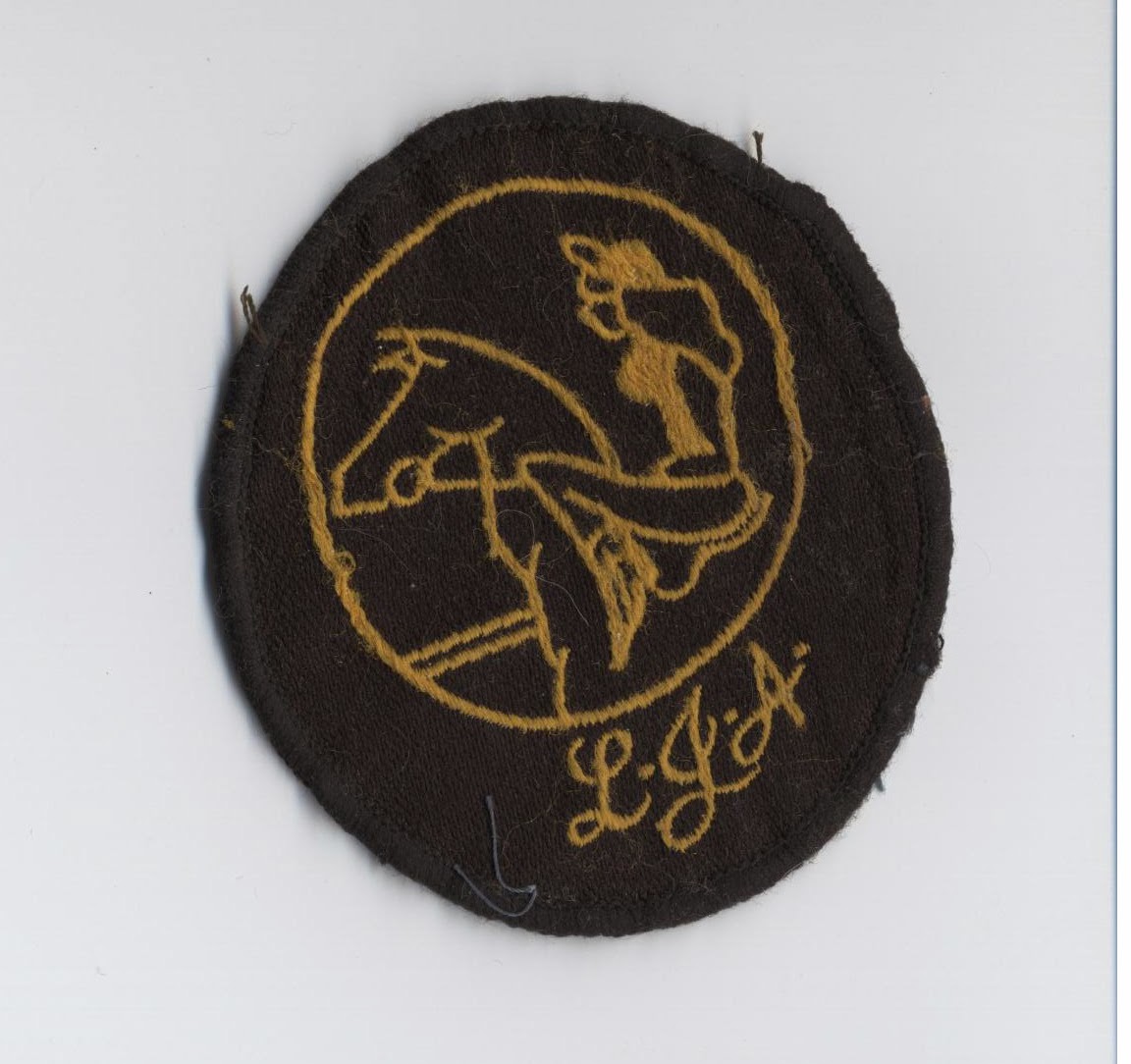 ON YOUR MARKS: SANDOWN PARK FEATURE RACE ON SATURDAY
TINGLE CREEK CHASE:
Nicky has to pull Sprinter Sacre out of Tingle Creek Chase


From Wikipedia, the free encyclopedia


Harry Thomson Jones (1925 – 5 December 2007), often known as "Tom Jones", was a British racehorse trainer whose career lasted from 1951 to 1996. He was successful in National Hunt racing, training the winners of 12 Cheltenham Festival races before switching to flat racing and going on to train the winners of British Classic Races.

He was educated at Eton College and was first licenced as a trainer in 1951. Amongst his notable National Hunt horses were Tingle Creek, winner of 11 races and a specialist at Sandown Park Racecourse, and Frenchman's Cove, winner of the 1962 Whitbread Gold Cup and 1964 King George VI Chase. [1]

Check out this weekend's runners for Team (Nicky) Henderson (GB) and
Team (Willie) Mullins (IRE) at home and away. Watch some of them live with CH4 this afternoon.
Review after your notes in your Jumps Racing File for your future reference