Unbeaten coverage  on a huge day for Flat fans

Derby hero Ruler Of The World out to live up to his name in the richest race on the planet.

RACING POST JOIN-UP THIS WEEK
http://turfcall2-racingpost.blogspot.co.uk/2014/03/monday-march-24th-racing-post-2014.html
racing PLUS
The Weekend Cards in Time Order
LUXURY FLAT
"IT'S A DAZZING OPENING TO THE NEW SEASON - FROM DONCASTER TO DUBAI
The Flat is back
2014
pointingPLUSpointing PLUS
http://racingplus.co.uk/

Pause for Thought
MIND-SET WHO'S?
Paul Bittar (Political Zone)   or   Jonjo O'Neall (Equus Zone)
So what exactly are Bittar’s tasks within his title “chief executive” expected to be within British government? Is anyone allowed to know? Does Bittar know himself even? He can’t run an Equus Zone because he is bloodhorse illiterate. So who is running the Vital Equus Zone?
Nic Coward (GB) (Political Zone) (Public Zone) the British political and horseracing government’ chief executive (the job that Paul Bittar (AUS) has now taken on) .
Bittar (AUS) we are left to assume, is to continue on where Coward left off,  to bring British horseracing to the General Public Zone - Domain  to  attempt to find a wider audience for this sport. To encourage people to go racing to spend their day off at the races, even their holidays perhaps.

But there is one almighty snag that government have overlooked.  And have been overlooking for the last six decades. How far has a bloodhorse illiterate government been leading true horseracing into? How far adrift are Coward (GB) and Bittar (AUS) (Political Government Zone)  from Jonjo O'Neill (GB) (Equus Zone) ?


Neither Nic Coward or Paul Bittar belong in the Equus Zone. Neither have a professional Equus Zone mind-set so in what direction are they leading British horseracing into exactly? And why? The reason?

What are government motives in this project?


A VITAL BALANCING ACT IN PRACTICE


Ch4 Team bring us a window into the world of horseracing every Saturday
Start 2.05pm  - 6.35pm


6  live races this afternoon  from

http://www.racingpost.com/horses/trainer_home.sd%3Ftrainer_id%3D20005
Trainer George Baker's record by race type. Extensive data providing a breakdown of results over the last 5 seasons, by race type and age of horse plus prize ...

Nick mentions that he and Graham look a bit pasty compared with the tans in . Perhaps Emma will have a remedy?

Emma tells us that the security at Meydan racecourse is tricky. Tony McCoy could not get in to talk to us, and some of the others got in but couldn’t get out again.
TEAM CH4 CALLING THE HORSES
*Simon Holt
*Stewart Machin
*Malcolm Tomlinson 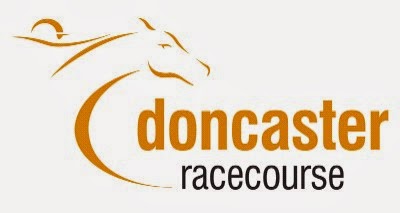 By Daniel Hill
OCEAN TEMPEST ran out the 20-1 winner of the William Hill Lincoln, continuing the run of outsiders winning the historic race in recent years. 13 mins agoMore 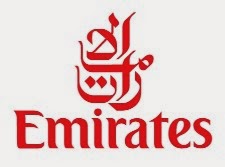 By Reports
The William Haggas-trained Graphic makes all to win the Listed Doncaster Mile Stakes from John Gosden's Fencing, with David O'Meara's new recruit Custom Cut in third. 2 hours ago


The first Flat turf race of 2014 in Britain goes to Cock Of The North (14-1). The Scott Dixon-trained two-year-old scorched down the straight at Doncaster to win the Brocklesby under jockey Matthew Hopkins.

By Mark Storey in Dubai


MILITARY ATTACK is the new favourite at as short as 4-1 for tonight's Dubai World Cup with Ruler Of The World continuing to drift significantly out to a top-priced 13-2. 3 hours agoMore

New York the toast of Meydan with UAE Derby romp

By Peter Scargill and James Burn


JAMIE SPENCER was the toast of Meydan and trainer Jamie Osborne is dreaming of the US Triple Crown after an utterly dominant performance from Toast Of New York. 27 mins agoMore


Oisin Murphy continues his fine record at Doncaster by winning the Listed Cammidge Trophy on 12-1 shot Dinkum Diamond for Henry Candy. 11 mins ago

Scoop6 figures 3.40pm the Scoop 6 rolls over until next Saturday at Aintree on Grand National Day

A huge Scoop6 on offer today with a confirmed win fund of £446,357 and a bonus of £1,069,860. Graphic was the winner of the first leg of the bet at Doncaster. 15 mins ago
SCOOP6 RACES
Show all racecards for this meeting on one page About Scoop6 Betting
EXPLORE MEYDAN DUBAI


Visit Racecourse & Grandstand Info ... The season will begin November 7, 2013 with “Racing at Meydan” a showcase of nine race ... as a stepping stone into the premier league – the prestigious Dubai World Cup Carnival (DWCC) a total of 11  ...

YOUR ADVENTURE INTO QIPCO 2014﻿