FOLLOWING UP WITH THE LIVE ACTION  FROM SANDOWN PARK THIS AFTERNOON.
GUEST STAR NEXT SATURDAY TO BE PROFESSIONAL HORSEMAN YOGI BREISNER
http://www.wlf-eq.co.uk/events_44479.html 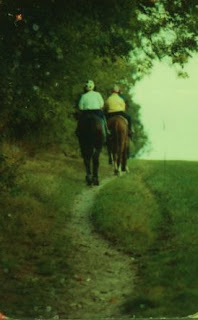 THROUGH THE KEYHOLE THE CLUES ARE THERE, WATCH THE MORNING LINE EVERY SATURDAY AND LET THE TEAM HELP YOU TO ORGANISE YOUR AFTERNOONS' RACING ACTION.

AKIRA LEARNING HIS TRADE IN BRITAIN 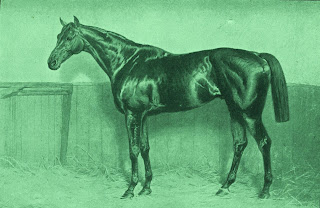 “Representing your interests, not self-interests. I have made it my duty to work for Shipley in Westminster and not for Westminster in Shipley, I am working for your interest, not self-interests. Above all, I will always put my constituents' interest above my political career, therefore, I am in the constituency on a regular basis and I am available to hear your concerns.”


ODDS ON ODDS AGAINST?

TANYA BRINGS US ‘THE BETTING BULLETINS’ THIS MORNING

‘HACK’S NAP’ THIS MORNING STEVE JONES FROM THE SUN

SIMON (Languid) HOLT HORSERACING COMMENTATOR
“From the beginning of 1995 Simon was heard regularly, sometimes as a race commentator but sometimes in the now defunct job of betting and results reader. He replaced Raleigh Gilbert as Channel 4's second commentator, calling the first part of the race at tracks such as Newmarket before handing over to Goode in the grandstand. Goode at that time remained Channel 4's main race commentator, but in the late 1990s Holt covered more and more races such as the Whitbread Gold Cup and the Tingle Creek Chase at Sandown Park.” http://en.wikipedia.org/wiki/Simon_Holt_(commentator)

HIGHLIGHTS OF THIS AFTERNOON FEATURE RACE AT SANDOWN TO BE RUN AT 2.25
The totepool Challengers Novices’ Chase (Grade 1) 2m4f+ £21,093

DATES FOR YOUR DIARY: HEARTS WILL BE RACING AT CHELTENHAM CENTENARY
CHELTENHAM THE FOUR DAY FESTIVAL CENTENARY 1911 – 2011


NICK HENDERSON FIELDS 14 RUNNERS THIS AFTERNOON WHY NOT FOLLOW THEM AND SEE HOW THEY GET ON?


“I'm here to serve the interests of all constituents.”
“Welcome to my website http://www.sirgeorgeyoung.org.uk/

"RACING TO GET HALF OF PROFITS FROM TOTE SALE."

Where are these BHA and these Government people, at exactly? Is anyone allowed to know Sir George? Can you pass this email on to Nick Clegg and to David Cameron for me please?

All those at the top in BHA are 'Bloodhorse Illiterate' bar Toby Balding and others in that same scope, as so are all those at the top as yourself Sir George in Government. So how on earth can any of you be allowed to make these lethal sort of decisions Sir George? Day light robbery abuse of the very worst kind. Showing your complete disregard for all people within their working environment.


The Tote has been bought in blood many times over, by fantastic true professional horsemen and horsewomen, to include the horses over centuries. What good is it going to do for anyone if the Tote is sold now to the highest bidder? Dead money is no good money to anyone. To serve the TOTE up for SALE NOW will prove to be one of the most shocking miscarriages of justice made by any Government over the last 500 years.


The Tote's purpose now is needed to work more than ever before, to fully fund the grass root workforce, each and every day as an ongoing financial provider to all those who do actually work at the dangerous sharp end to include the horses, the very ones that do take all the risks and without whom there would be no racing. The professional horsemen at least what there are left of them, have never been supported properly financially at all, at any time. Always taken for granted.

It could be said that Historically the British Turf Authorities, and the Governments couldn't care less about all those who go out to work each day at the dangerous sharp end of British horseracing, all those who work daily to provide this sport in the first place.


The full Tote gross income each year needs now to be used to finance this sport properly, with no tax applicable due to the nature and perspective in the present context of horseracing, according to the present direction to encourage more people to come racing.


Your first duty toward British horseracing is to PUT A STOP TO THE ILLEGAL SALE OF THE TOTE with immediate effect.

J. Margaret Clarke for and on behalf of http://www.turfcall.co.uk/

HORSERACING A UNIQUE AND REMARKABLE SPORT
END
Posted by Turfcall at 04:00

Email ThisBlogThis!Share to TwitterShare to FacebookShare to Pinterest
Labels: Horseracing a unique and remarkable sport