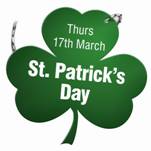 Cheltenham Racecourse today announced that Lorna Fowler will ride the Henry Cecil-trained Plato in the St Patrick’s Day Derby at The Festival, in aid of Cancer Research UK. Plato, owned by the Niarchos Family, won his maiden at Newmarket in August, 2010 and looks a progressive stayer in the making.

Lorna, 32, a broadcast journalist and a regular on Racing UK, will be in the thick of the action during The Festival whilst presenting for Cheltenham Radio (powered by Timeform). Lorna is an experienced rider herself, but will be able to call on some first-hand advice from her mother, Sue Bradburne, who is a trainer and brother, Mark Bradburne, a successful Jump jockey, who has ridden plenty of winners at Cheltenham.

Commenting on the news, Lorna Fowler said: “I am thrilled to have secured the ride on Plato for Henry Cecil. I shall be riding out regularly at Henry’s Newmarket yard and getting acquainted with Plato in the build-up to the race. It is a real thrill to be riding at The Festival and an honour to have a mount for Derby-winning trainer Henry Cecil and the Niarchos family. I hope that I am able to help Henry add yet another Derby to his impressive collection, but also raise a significant sum for Cancer Research UK.”

Lorna is one of 12 riders, six men and six women, taking part in the inaugural running of the St Patrick’s Day Derby. Competitors include Channel 4 presenter Alice Plunkett and Grand National-winning trainer Gordon Elliott. The riders taking part in the race will be raising money for Cancer Research UK to support the vital work the charity does. The Flat race, run over one mile and five furlongs, takes place on Thursday, March 17 as the seventh race of the day at 5.15pm. Henry Cecil, multiple Derby-winning trainer, has already been announced as the Guest of Honour on the day.


For further information or a photograph of Lorna Fowler, please contact Victoria Schlesinger on 07798 877 125 or via
http://www.myspace.com/burning_monkey1/photos
http://www.eclipsemagazine.co.uk/NewEclipse/Joomla15/index.php?option=com_content&view=article&id=2259:lorna-fowler-to-ride-plato-for-henry-cecil-in-cheltenham-charity-race&catid=38:girls-with-guts&Itemid=103
http://www.stgeorgesdentalpractice.co.uk/biographies/stgeorges_lorna-fowler.pdf

ALICE PLUNKETT AND GORDON ELLIOTT  TO RIDE IN ST PATRICK@S  DAY DERBY AT THE FESTIVAL.
http://www.eclipsemagazine.co.uk/NewEclipse/Joomla15/index.php?option=com_content&view=article&catid=34%3Afront-page&id=2184%3Aalice-plunkett-and-gordon-elliott-to-ride-in-st-patricks-day-derby-at-the-festival&Itemid=103

Two work along for Brook Sanders Epsom Downs
ENDS
Posted by Turfcall at 02:17