NEWBURY ABANDONED C4 RACING BRING US THE MORNING LINE LIVE 7.55am to 8.55am FROM NEWBURY

TRAGEDY STRIKES AT NEWBURY ON SATURDAY ALL RACING ABANDONED.

AS THE JOCKEYS WERE PREPARING TO MOUNT IN THE PARADE RING BEFORE THE FIRST RACE  DUE OFF AT 1.20pm. TWO OF THE RUNNERS MARCHING SONG AND FENIX TWO COLLAPSED AND DIED.

FENIX TWO LOOSES HIS LIFE
4. FENIX TWO partner MR A J BERRY (3) trainer Jonjo O'Neill  for John P McManus﻿
JONJO O'NEILL EXCLAIMED "This is the biggest shock I have ever had. The horses seemed to be okay when they were walking round on the rubber walkway, it's just when they've put a foot on the grass. They looked like they were electrocuted. That might be totally crazy, but that's what it looked like. Nicky's horse KID CASSIDY took a turn at first and we thought he was jumping and kicking and just overeached himself and went down on his knees. But he got up and seemed to be okay after that. The rest of them all walked round a few times but when they put their feet on the grass they just got electrocuted. That's what it seemed. I was walking over to put Alan up and saw him rear up and he couldn't get him back, he was stuck to the grass and went over, and that was it. It was the weirdess thing I've ever seen in my life. For it to happen to two of them at the same time was weird. FENIX TWO was there for ages dying it was like being in the electric chair."
MARCHING SONG LOOSES HIS LIFE
6. MARCHING SONG partner NICK SCHOLFIELD trainer Andy Turnell  for Jennifer Lewis, Garner, Buckle, Thorner.
AS MARCHING SONG IS LOOSING HIS LIFE, HIS HANDLER MINDER COLIN PRITCHARD  IN AN ATTEMPT TO HELP MARCHING SONG, EXPERIENCED HIS ARM GOING DEAD. COLIN SAID  "I pulled my horse off the rubber lead up track onto the grass to get the jockey legged up, then he started freaking out. I didn't have a clue what was going on. He never reacts like this normally. Next thing, he was collapsed on the grass neighing  and squeeling in agony as he is dying."


KID CASSIDY DICE WITH DEATH
1. KID CASSIDY partner A P McCOY trainer Nicky Henderson for John P McManus
Went to the start early, but though veterinary checks were clear, Nicky Henderson decided to pull the horse out after discussions with rider Tony McCoy, who said KID CASSIDY was like a bolted rabbit .... like a  wild buffalo ... when he went down to the start. Something happened to him, it was very odd. If one horse suddenly had a heart attack in the parade ring that's dreadful, but when you see another down doing exactly the same thing, it's not a coincidence.
Tony McCoy said " In the Parade Ring two minutes before KID CASSIDY did something very odd, once on the grass, like the other horses ... it seemed they started playing around, KID CASSIDY just went down behind, so you assume he must have had something of the same and that he had been incredibly lucky, as I was very lucky not to go on the grass myself, but the horses have metal shoes. We checked all the hearts, though, and KID CASSIDY'S was alright."
The 1.20 Novice Hurdle Race the only race that did take place 7 ran.
Winner AL FEROF partner HARRY SKELTON trainer PAUL NICHOLLS for J Hales
﻿2nd OASIS KNIGHT partner BARRY GERAGHTY trainer NICKY HENDERSON for Lady Tennant
3rd YORGUNNABELUCKY partner ROBERT THORNTON trainer Alan King for Mrs S J Brookhouse
The Racing Post Analysis states "There was a near  25 - minute delay to this novice hurdle, tragedy striking in the paddock as both  FENIX TWO and  MARCHING SONG collapsed and  sadly died, in what was a truly bizarre incident, several other horses appeared to become unsteady on their feet at the far end of the paddock, and it was unofficially reported that the two horses were electrocuted as a result of a live cable being unearthed."
FLOODING FOUND IN THE NEWBURY PARADE RING
This flooding was dealt with before racing took place on Saturday, by drilling to release and to allow the
water to drain away. It has been reported that an unearthed electric cable has been found, a cable that has lain buried underneath the grass in the Parade Ring  over the last 40 years.  That the present wet weather and the flooding lying in parts of the Parade Ring and the drilling to solve this problem had disturbed this cable causing the terrible electric shocks that killed two horses and effected several others, and causing some of the handler minders with each horse to get twinges, and several other horses found to have burn scorch marks around their mouths, electricity conducted around the Bit on each horses bridle, as well as the four shoes, racing plates on each horse.
The news this evening  (Sunday) tells us that there will be a further update on the findings given tomorrow.
The authorities are working with the trainers and the racecourses it is believed to attempting to run the races cancelled later this next week.

FOLLOWING UP WITH THE LIVE ACTION FROM NEWBURY WARWICK AND LEOPARDSTOWN WHO HOST THE HENNESSY GOLD CUP 3.15 THIS AFTERNOON

http://www.channel4.com/sport/microsites/H/horse_racing/
THROUGH THE KEYHOLE THE CLUES ARE THERE, WATCH THE MORNING LINE AND LET THE TEAM HELP YOU TO ORGANISE YOUR AFTERNOONS' RACING ACTION.

TANYA BRINGS US HER “ BETTING BULLETINS’” THIS MORNING

This morning John (Greatest Jockey) Francome is filmed working with Nicky Henderson and his
team at home. Seven Barrows Lambourn. Where ‘ First Lot’ are preparing to go out to exercise. John gives several riders a ‘Leg Up’ as Nicky Hendersons’ string of horses file out to the gallops.

Mac and John attempt to sort out the problem relating to the sentences sometimes used by trainers, and other ‘Bloodhorse Literate’ people, but not understood by ‘Bloodhorse Illiterate people. So many Bloodhorse Illiterate people jump to the wrong conclusions so often and get things so so badly wrong. Taking highly skilled key ‘Bloodhorse Literate ‘ horsemen’s skills totally out of context and perspective
http://www.amazon.co.uk/John-Francome/e/B001H6GYLU/ref=ntt_dp_epwbk_0
http://www.amazon.co.uk/s/?ie=UTF8&keywords=john+francome+autobiography&tag=googhydr-21&index=stripbooks&hvadid=4795221559&ref=pd_sl_90p7j5pdbw_b 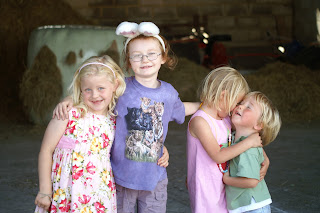 DATES FOR YOUR DIARY: HEARTS WILL BE RACING
AT THE CHELTENHAM FESTIVAL CENTENARY MEETING 1911 - 2011
PREVIEW SUNDAY 13th MARCH 2011

PAUSE FOR THOUGHT
SOME OF THIS WEEKS RACING POST HEADLINES
racingpost.com/mobile http://www.racingpost.com/
MONDAY FEBRUARY 7th 2011 Andrew Scutts reports "Owners back move through ROA charter."
"MEMBERS of the Racehorse Owners' Association, supported by an increacing number of trainers, have given an overwhelming 'yes vote' to the Horsemen's Group's tariffs, the organisation reported yesterday..

John Lees and Lewis Porteous report Dark horse SOLIX surges to head of Totesport market. SOLIX, an ex-French hurdler who has yet to run in Britain, became outright favourite for the Totesport Trophy yesterday as punters backed Nicky Henderson to secure a fifth victory in the Newbury showpiece . SOLIX challenges for this race at 3.35 today at Newbury to be partnered by DAVID BASS (5) owned by Michael Buckley. 23 declared to run. Nicky Henderson fields SOLDATINO, and ERADICATE. Looks like an exciting race in prospect. But who will actually win it? It will take some winning. But can Nicky Henderson win this for a fifth time? Prize money to the winner £68,412. Last years winner GET ME OUT OF HERE competes again partnered by AP McCOY trainer Jonjo O’Neill for John P McManus. A tricky race with some super stars taking their chances today.

WEDNESDAY FEBRUARY 9th 2011 The Racing Post’s fascinating series ‘GREAT RACING DYNASTIES ‘. Today Julian Muscat charts the history of the Baldings bringing us “THE BALDINGS THEY’VE WON THE LOT. Between them, Toby, Ian and Andrew have trained the winners of practically every big race on the Flat and over Jumps.”
GET ME OUT OF HERE Bruce Jackson reports: “ McCoy to ride last year’s winner as O’Neil issues positive bulletin.


THURSDAY FEBRUARY 10th 2011. £2.2m Biggest racecourse group ‘steps up to the plate’ with massive prize boost reports Jon Lee. “In a move that Jockey Club Racecourses (JCR) claimed it had been planning regardless of the existence of the Horsemen’s Group Tariffs, it pledged to raise its minimum total prize- money contribution from £13.2m to£15,4m – a record sum – in 2001 ....


FRIDAY  FEBRUARY 11th 2011 Pic “ OH NO! High drama at Taunton as jockey takes a tumble with race at his mercy.” Showing all the uncertainness in horseracing that can happen like greased lightening with no warning. A sport power packed with action, sometimes dangerous action of the wrong kind.


SATURDAY FEBRUARY 12th 2011 "I'M A TOTESPORT TROPHY CELEBRITY
GET ME OUT OF HERE.

"Its a jungle out there but last year's impressive winner of Europe's richest handicap hurdle is back for more under Tony McCoy as he bids to become the first repeat winner of the  Newbury feature in nearly 50 years." 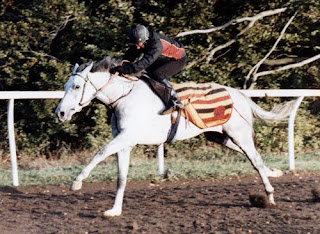 ﻿FRANK CONLON AT WORK.
BLOODHORSE LITERACY DOESN'T COME MUCH BETTER THAN THIS 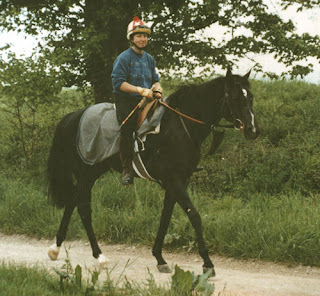 Email ThisBlogThis!Share to TwitterShare to FacebookShare to Pinterest
Labels: Bloodhorse Literacy doesn't come better than this