YOGI BREISNER GUEST STAR ON THE MORNING LINE 7.55am TOMORROW DON'T MISS IT

Yogi has become one of the country’s most successful and respected trainers of both riders and horses. As a rider he competed successfully in dressage, show jumping, horse trials and point-to-points.


Having grown up around horses and participated in competitions in Sweden, England and Ireland, he has lived in Tiddington, near Stratford-upon-Avon, for over 25 years. His many achievements include European team gold for Sweden in 1983, a Horse Society Fellowship in 1992 and, most recently, the Queens Award for services to equestrianism, which he was awarded last year.

Yogi Breisner is indeed ‘Bloodhorse Literate’ world class eventing and racing performance manager. He has also made his mark in the racing world; since 1994 he has lectured on jumping at the British Racing School in Newmarket, and his talent for teaching horses to jump has been utilised by a number of National Hunt trainers.

From 1978-1991, he worked at the famous Lars Sederholm Waterstock House Training Centre, near Oxford, training horses and students. Yogi  has this to say: “Lars did not just teach us about horses, he also educated us about life, and I think that is why so many of his pupils went on to have the kind of influence that has brought the horse world forward.”

Tina Sederholm, Lars daughter, author of ‘Words of a Horseman’ The life and teaching of Lars Sederholm. Published in 1999 ISBN 0 9537504.


HIGHLY SKILLED BLOODHORSE LITERATE ACHIEVER YOGI BREISNER PASSING IT ON
In addition to coaching the GB Eventing team and working with National Hunt jockeys and horses, he also instructs at the Pony Club and audits rider training on a monthly basis as an examiner for the BHS fellowship.

Yogi, eventing and racing performance manager who was appointed as the British Eventing team coach in 2000, after a year as team leader. He is responsible for co-ordinating all four groups from pony to senior and under his guidance 8 golds, 6 silvers and 3 bronze medals have been secured.

YOGI  THE COUNTRY'S MOST SUCCESSFUL AND RESPECTED TRAINER
IN TUNE WITH
BOTH  RIDER AND HORSE  PASSING IT ON
http://cotswold.greatbritishlife.co.uk/business/
http://www.123people.co.uk/s/yogi+breisner


LOVE IS IN THE AIR SHOP SAINT VALENTINES DAY
http://www.joules.com/en-GB/inspire_me/Static.raction 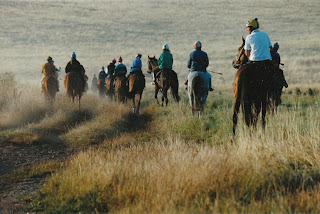