C4 LINK UP LIVE WITH DONCASTER AND KEMPTON PARK TODAY, TO BRING US THE MORNING LINE 7.55am to 8.55am EVERY SATURDAY 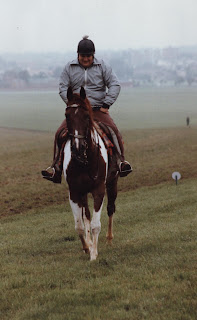 MINDING THE HORSES AT WORK NEWMARKET
THE  RACING POST BRING US “THE LINCOLN WHICH HAS BEEN A FRIEND TO FAVOURITE-BACKERS OF LATE AND PRICEWISE (TOM SEGAL) RECKONS TAQLEED partner RICHARD HILLS trainer John Gosden
for owner Hamdan Al Maktoum  IS ANOTHER TO GET YOUR FLAT SEASON OFF TO A FLYER.
“TV Preview package starts page 2. Tom Segal leads our tipsters , page 16”

THROUGH THE KEYHOLE THE CLUES ARE THERE, WATCH THE MORNING LINE EVERY SATURDAY AND LET THE TEAM HELP YOU TO ORGANISE YOUR AFTERNOONS' RACING ACTION.
An interesting and entertaining program providing previews, key current news, updates, reviews all relevant to this afternoon C4 live action from the two racecourses as above.

RACING REVIEW RESULT OF WORLD CUP MEYDAN DUBAI LAST WEEKEND
RACING POST SUNDAY MARCH 27th 2011 Pic; “IT’S BIG FOR JAPAN, WINNER VICTOIRE PISA 12/1 HEADS A FANTASTIC WORLD CUP 1-2 FOR FAR EASTERN RAIDERS .... Second TRANSCEND 40/1 but it’s disappointment for Cecil as TWICE OVER fails to spark. It could be noticed that this was the case when TWICE OVER cantered down to the start.


YOSHIMI ICHIKAWA THE OWNER OF VICTORIE PISA
http://www.daylife.com/photo/0dRx8ue5Axb5U?q=Dubai+World
Reuters Pictures 6 days ago
Yoshimi Ichikawa (C), owner of Pisa, receives the trophy from Sheikh Mohammad bin Rashid al-Maktoum (R), vice president and prime minister of the UAE and Dubai's ruler, and Sheikh Hamdan bin Rashid al-Maktoum, Dubai's deputy ruler and UAE finance minister, during the 16th Dubai World Cup at the Meydan Racecourse in Dubai March 26, 2011. The Dubai World Cup, with a cash prize of $10 million, is horse racing's richest race. Japan's Pisa has won the $10 million World Cup by a half length, capturing the world's richest horse race in a lift to the disaster-ravaged country.

GUEST STAR PAUL HANAGAN BLOODHORSE LITERATE CHAMPION FLAT RACE JOCKEY 2010. It could be said that Paul’s neat and small frame, his calm, quite gentle character is ideal for life as a jockey. Teamed up with the northern licensed trainer Richard Fahey, a team power packed for action, an exciting working partnership second to none.
http://en.wikipedia.org/wiki/British_flat_racing_Champion_Jockey

JIM (Jimbo) McGRATH ‘FORM GUIDE THE LINCOLN’
Form specialist, presenter, broadcaster. Bloodhorse illiterate
Jim’s CASTLES IN THE AIR takes his chance this afternoon in the Lincoln, how will he get on?  Don’t miss it. http://www.racingpost.com/news/horse-racing/racing-for-change-c4-jim-mcgrath-channel-4-angry-jim-mcgrath-resigns-from-bha-board/784627/

DATES FOR YOUR DIARY:     HEARTS WILL BE RACING
COUNTDOWN TO THE GRAND NATIONAL AT AINTREE LIVERPOOL SATURDAY 9TH APRIL. TREAT YOURSELF TO THE RACING POST FOR THIS THREE DAY MEETING FROM THURSDAY APRIL 7th TO SATURDAY APRIL 9th
http://www.aintree.co.uk/


PAUSE  FOR  THOUGHT
IN YESTERDAY'S RACING POST THERE WAS AN INTERESTING FOCUS
"LLEWELLYN: UNSEATING RISE DUE TO NEW RIDING STYLES"
PAUL EACOTT REPORTS
“TWICE Grand National winning jockey CARL  LLEWELLYN  believes that a change in riding styles could be responsible for the dramatic increase in the number of jockey’s being unseated in the Grand National.
“Llewellyn was speaking in the light of research carried out by the Racing Post’s James Pyman that showed that while the percentage of fallers in the race dropped from 48 per cent in the 1980’s to 46 per cent in the 2000s, the number of unseated riders had increased from seven per cent in the 1980’s to 18 per cent two decades later.

“Llewellyn, who won the race on PARTY POLITICS in 1992 and EARTH SUMMIT six years later, said: ‘Generally, people are riding a lot shorter than they used to. If you look back at the videos of just 10 years ago, they were riding considerably longer.

“The style back then was to have your foot in the iron, but it has moved towards having your toe in the iron, so obviously it can come out easier if your heel is not down.
“Eight- times champion jockey Peter Scudamore said he was fascinated by Pyman’s findings and agreed that both a change riding styles combined with riders approaching the fences quicker since modifications were made could be responsible for the unseating increase.
“As a professional, sometimes I don’t like journalists coming up with statistics about something they don’t know about, but I thought it was a very good article and I learned something from it, Scudamore said

“While, I don’t think the number of unseated riders is totally due to riding shorter, I definitely agree that it is down to the speed of the race now.
“But sometimes it doesn’t matter what speed you are riding at or how long you are riding (leathers) - if your horse drops its back legs you are gone.”

Turfcall responds:
Balance, it is all to do with balance. There are all sorts of things that may happen during a race, especially a race such as the Grand National that may throw the horse, or the rider or both off balance.

Have you heard the story of Charlie Day, who died disputing his right of way ... He was right quite right as he rode along but he is just as dead as if he had been dead wrong ....

The law of averages show that a rider has a better chance of staying with his horse throughout a race such as the Grand National if he rides with his leathers a few holes longer.  Then if  he hits the snags he is more likely to be able to stay with his horse.
Posted by Turfcall at 02:36